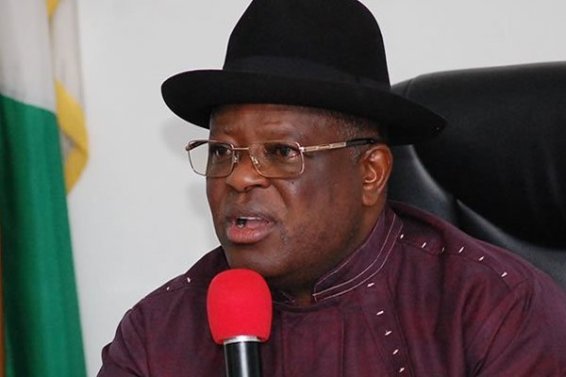 David Umahi, the Governor of Ebonyi State has barred a government staff who just returned from China from entering the state. He ordered him to remain in Lagos till the Centre For Disease Control certified him free of coronavirus.

He said the staff, a driver to one of the members of the state Executive council, was returning to the state from China.

Umahi spoke in Abakaliki, the State Capital in a broadcast address to the people of the state, on measures his administration has taken to fight the scourge.

He said the staff will be in self-isolation for at least 14 days and possibly testing against the coronavirus pandemic by NCDC before being allowed back into the state.

He said: ‘A driver of one of our exco members travelled to China last week and then arrived Lagos last night and boarded a car to come here. Everybody spoke to him not to come until my ADC reported to me and I said call him and he came to me.

“I told him, choose between life and death. It is better to sacrifice one person than to endanger everybody because going to China in the wake of a very dangerous outbreak is like he has gone to purchase deaths.

“So, we would have made him die alone. So, he said he didn’t have money. I told him, get a hotel and report yourself to a centre for control of disease in Lagos.

“And so, we are sending money to him to get himself accommodation and report himself there so that they can observe him and test him where necessary but he shouldn’t come at all and I am not joking about it.

“If he comes, I will lock him in his house. This coronavirus is a very dangerous disease and you don’t even know when somebody contracts it. Don’t say it doesn’t matter, it matters a lot.”

The Governor said the State Virology Centre built by his administration is set to commence blood sample testing for the deadly Coronavirus.

According to him, the Virology Centre already has the machine for the testing and will commence full testing operation by April 1 when the test kits will arrive in the state.

He said that presently only hospitals in Abuja, Lagos and Edo state have the capacity to test for the virus which was not adequate for a highly populated country like Nigeria

The Governor said that the Virology Centre testing facility will be deployed to test for the virus for the entire South East, parts of South-South and also the North Central regions of the country.

He said: “We have purchased a number of equipment like a Temperature gauge, ventilators and isolation cubicles. Our virology laboratory equipment for Lassa fever will be deployed for blood sample testing of suspected Covid-19 patients with symptoms before April 1 when we shall have the test kits”.

“Only three Centres are presently doing testing in Nigeria. When ours comes it shall serve the Southeastuth South and even North Central”, he noted

Governor Umahi also ordered the recall of all retired health workers in the state to aid in the fight against the deadly coronavirus.

“All retirees on health are hereby recalled at State and local government area to help in our fight to protect our people”.

Governor Umahi noted that the state government has banned gathering of more than 50 persons other than those in the essential services centres such as markets, banks and hotels.

He said the state government has deployed security agencies to monitor all essential services centres for compliance.

“Any service Centre that fails to observe these measures will be severally punished including compulsory shutdown, penalty and arrest of Chief Executives of such centres”, he warned.

Covid-19 has infected over 32930 persons worldwide and while over 14510 deaths have been recorded globally according to the World Health Organization.

Nigeria has recorded at about 42 confirmed cases with one death as of March 24.

2023: CAN Urges INEC To Ensure Free, Fair, And Credible Elections.

Federal Government Fixes New Call Rate That Will Affect You From January 1, 2022