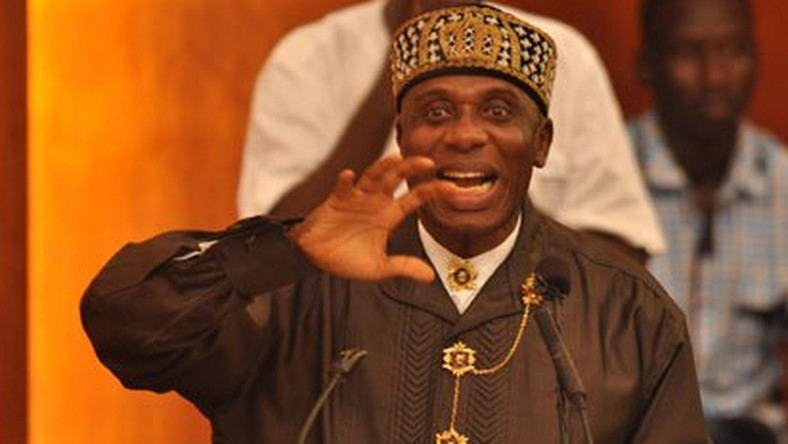 Federal Government may only pay N2.3 million each as compensation  for every property demolished in the course of constructing Lagos-Ibadan standard gauge train.to Apapa,  the Minister of Transportation, Rotimi Amaechi has said.
Some of the operators whose properties maybe pulled down for the rail tracks are the Flour Mill Nigeria (FMN), APM terminal.

Minister of Transportation, Rotimi Amaechi had visited Apapa several times since the construction of the standard gauge project commenced where he was taken round of some of the buildings that might give way for the project.

Though the Lagos-Ibadan fast train initially terminated at Ebute-Metta, the Federal Government later extended it to Apapa to ensure massive transportation of cargos and ultimately end the chaotic gridlock in the commercial zone.

Our correspondent also reports that the old narrow gauge which Nigeria has operated for over 100 years extends to Apapa.

But the new fast rail with double track is being routed on an entirely separate right of way which has made it necessary to take over some facilities at the Port for overriding public interest.

To address the Apapa imbroglio, the Federal Government has resolved to compensate owners of buildings with valid documents.

It was learnt that initial compensation to be paid on some of the buildings was estimated at N1.8bn before it was further extended thereby shooting up the compensation to N2.3bn.

From an area of 13 metres to be partially demolished, our correspondent was informed that it was expanded to 27 metres.

“For instance, 80 per cent of one of the buildings was to be demolished to give way for the tracks but we are now demolishing the entire building,” one of our sources said.

However, there are indications that the FMN may drag the government to court over the planned demolition.

Asked to give update on the planned demolition of Flour Mills Building, Amaechi said, “Flour Mills will not be a problem. We will talk with them, pay them compensation and demolish the portion we need.”

According to him, all the additional work and compensation were not part of the original project cost. He said the demolition would come with additional cost.

Daily Trust reports that the total cost of the project is $2.1bn. However the government, working with the contractor, the China Civil Engineering and Construction Corporation (CCECC), is preparing the cost overrun which would be presented to the Federal Executive Council (FEC) “anytime soon.”

It was learnt that the Director General of Bureau of Public Procurement, Mallam Mamman Ahmadu was invited for the last inspection in order to see the extent of additional works to be carried out on the project which were not in the original specification.

COVID-19: Nigeria Not Among Countries Ban From Italy