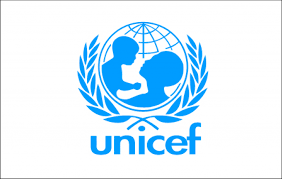 The United Nations International Children’s Emergency Fund (UNICEF) on Wednesday gave awards to the first ladies of Kebbi and Zamfara States for their advocacy roles in the domestication of the Child Rights Acts as state laws in their respective states.

Speaking during the ceremony in Abuja, Rushnan Murtaza, UNICEF Nigeria Deputy Representative, said the efforts of the two first ladies in leading the agenda of children were remarkable.

She said the domestication of the Child Rights Act in the two states was noteworthy because stakeholders have been working towards it for a long time.

The First Lady of Kebbi State, Dr Zainab-Shinkafi Bagudu, said the state governor, Abubakar Bagudu, worked assiduously to ensure the act was adaptable and in context with the peculiarity of the state.

While appealing to UNICEF to include birth registration among the services it is offering in Kebbi state, she called for more sustainable measures in tackling malnutrition in the state.

Dr Bagudu called on UNICEF to support the advocacy for the inclusion of the human papillomavirus vaccine in routine immunization to tackle the burden of cervical cancer in the country.

First Lady of Zamfara State, Hajiya Aisha Bello Muhammad Matawalle, said the Child Rights Act was domesticated in the state through her persistent advocacy, visits and awareness creation to all authorities especially the legislative arm of government in Zamfara state.

She called on international partners and donors to assist Zamfara state in tackling problems hindering the fundamental rights of children such as education.

Ibrahim Sessay, UNICEF Nigeria Chief of Child Protection, said the organisation would work very closely with the first ladies as UNICEF’s own local champions, especially in the promotion of rights of the girl-child where there are enormous gaps.