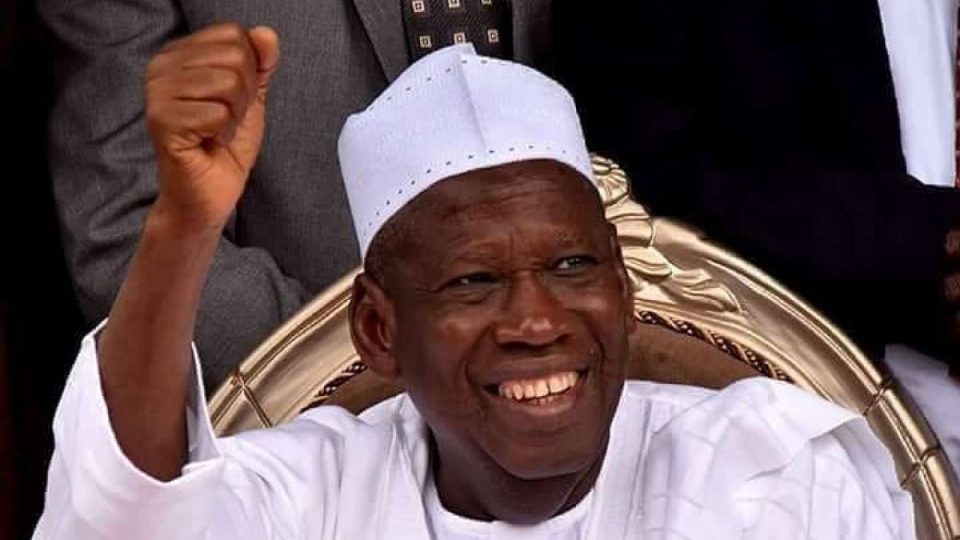 Ganduje, the Kano State governor is currently in dilemma over planned total lockdown of the state to check the spread of COVID-19 pandemic.

Kano first confirmed case which involved a 75-year-old former diplomat was announced by the governor, Abdullahi Umar Ganduje on Saturday apparently at a time the virus has engulfed no fewer than 15 states in the country.

With unfolding scenario, a top government official, who does want his name in print, disclosed that the “Governor is now at a crossroad is now on consultation with healthcare professionals within and outside the state, and the popular opinion was that the state is locked down for an initial period of two weeks.”

The source said, “the process of contact-tracing has commenced but has its limitations because the index case has been in contact with a considerable number of people since his return to the state before he was confirmed to be positive on Saturday.”

It was further gathered that “another source of worry was that the index case has been to a private hospital where doctors attended to him while attending to other patients as well.”

The Governor had also revealed that the former diplomat had was said to also go to private diagnostic centres in the state where specimen were taken from him alongside other patients.

The Governor Ganduje also confirmed that he attended wedding ceremonies and was at Friday congregation prayers (Da’awah Juma’at Mosque and Dan Adalan Kano Juma’at Mosque) since his return to Kano, “and the most dangerous part of the whole scenario was that people trooped to his house even after he has become critically ill and has been suspected of having contracted COVID-19.