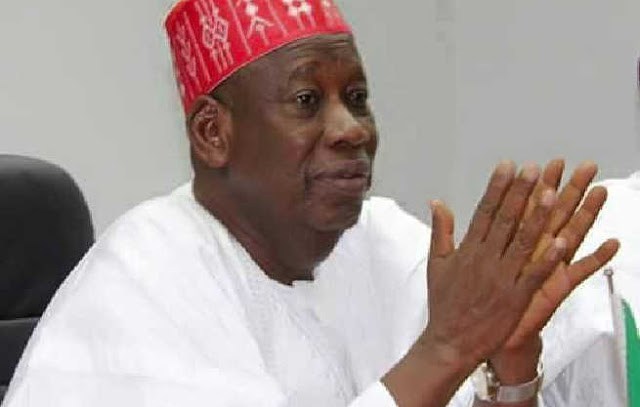 Not sure of where the pendulum of the legal battle would swing in the court of law, the Kano State Government has added more allegations of why it removed Emir Muhammed Sanusi II on Monday.

It said that Sanusi was queried four times by the administration of Rabiu Kwankwaso for disrespecting the tradition of the emirate and also had been on loggerhead with Kano State governor, Abdullahi Ganduje for three years.

The spokesperson to the governor of Kano, Mr Salihu Yakasai featuring on a private radio station Rave FM in Osogbo, Osun State, on Tuesday stated that only the people who have not been following several developments in Kano State about Sanusi are the ones that are shocked about his dethronement.

Yakasai noted that reasons for his dethronement have been ongoing for three years, adding that insubordination was part of the reasons for dethroning him.

He opined that no state governor in Nigeria can tolerate his (Sanusi) insubordination like Ganduje did in the past three years.

He said, “No matter how highly placed the emir is, constitutionally is at the mercy of the state governor. If you remove sentiment and emotion from the issue, you will know that emir is an appointment from the governor. There are certain expectations from Emir and part of it is to respect the constituted authority and he has a limit which he has been crossing for 3years.”

He, however, said Sanusi was not sacked for allegation of corruption but on the ground of disobeying the law.

He said “the position of Emir comes with its own restrictions which Sanusi didn’t take cognizance of. Sanusi did not grow up in Kano state. He does not understand the traditional institution that he was occupying.

” Sanusi always goes to the gallery to talk about issues to get applause. At the tail end of the administration of former governor of Kano, Rabiu Kwankwaso reintroduced ban of street begging and that time Sanusi was accommodating the Alimajiris in his palace, feeding them. And on that particular issue, he was given four queries for disobeying him and governor Ganduje for the past five years gave him one.

Among other reasons he gave was that Sanusi was participating in politics, destruction of cultural heritage, shunning programme of government on educating to solve the challenges of Almajiris.

” The place which had been existing for long, when he came he demolished everything and erected another one. How’s he preserving tradition?

He was also identifying with the People’s Democratic Party (PDP) both within and outside the state.

However, Yakasai noted that the restriction on Sanusi to Nasarawa is indefinite. He can’t be anywhere else aside where he was banished until he’s pardon by the State governor.