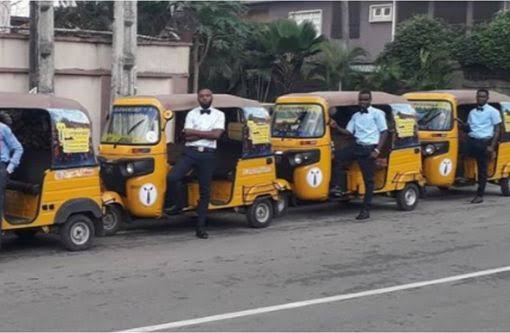 Borno governor Babagana Zulum is to meet with leaders of groups of tricycle operations this afternoon to clarify information about their operation.

It comes after the state announced tricycles will be banned from plying certain parts of Maiduguri.

Tricycles, popularly known as Keke Napep, are a major means of transportation in Maiduguri and conflicting information has emerged about their operations in the city.

The meeting is expected to hold at an open car park near the governor’s new office annexe at the Musa Usman secretariat.

Special Adviser on public relations and strategy, Isa Gusau who announced this via a statement, said the meeting is expected to establish common understanding that will take into cognizance the concerns of government, the operators and generality of citizens, many whom rely on NAPEP as a major means of transportation in the Maiduguri.

The adviser also clarified that pending the outcome of the Governor’s meeting, the operators and concerned citizens are assured that contrary to misrepresentation by a section of the media, there is no total ban on Keke NAPEP.

It would be recalled that Prof. Zulum on Monday when presents 2020 appropriation bill before Borno state house of assembly had pronounced that starting from 1st January 2020 Keke Napep would be banned plying major in the state capital.