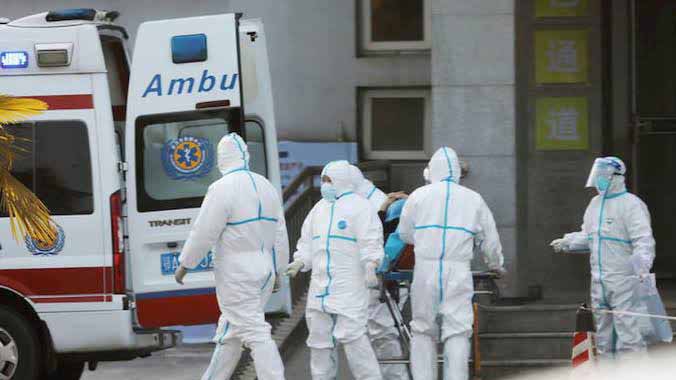 A 35-year-old mother has died after a doctor abandoned her at the University of Nigeria Teaching Hospital (UNTH) for the fear of contracting COVID-19.

Her husband Nwachukwu Alagbu, who is40-year-old who was visibly distressed, said his wife died out of sheer negligence by the doctors and other health workers.

He accused medical doctors at the hospital of killing his wife, whose name he gave as Nkiru, for the fear of contracting the dreaded Coronavirus.

But the UNTH authorities are keeping mum on the allegation.

Contacted over the issue, the Public Relations Officer of the hospital, Mr Cyril Keleze said the hospital has no comment as of the time of going to press.

He, however, promised that the hospital would issue its official side of the story any “time from now.”

The bereaved husband who narrated his ordeal in the hands of the UNTH doctors narrated to our correspondent with tears flowing down his cheeks said:  “My wife, late Mrs Nkiru Alagbu, was a 35-year-old woman, she left behind four children. She developed cardiovascular disorder shortly after her last child more than a year ago.

“Her medical condition had been waxing and waning, especially after every treatment.

“In January 2020, my wife developed the following symptoms: fever, breathlessness, chest pain, morbid weakness, and excessive sweating and loss of appetite. Her illness made my lovely wife visit so many hospitals until Tuesday (14th April 2020) when she had to be referred to a diagnostic Clinic in Enugu for some investigations.

“Right there, the good-spirited Consultant in that Clinic promptly referred her to a cardiologist for immediate attention when he noticed her major health challenge was cardiovascular disease.”

17 Things Not To Do When Expecting Your Baby

Why I Abandon Germany For Nigeria – Eagles Keeper