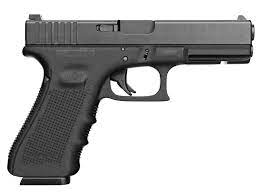 The military high command disclosed this, saying security agencies have launched a manhunt for one Alhaji Abubakar, a suspected terrorist financier over his activities.

The Director, of Defence Media Operations, Maj.- Gen. Musa Danmadami, revealed these while updating journalists on the successes of military operations across the country between September 8 and September 22 2022.

Danmadami said they were arrested at Access Bank, PZ branch Zaria while trying to withdraw the sum of Fourteen Million Naira (14,000,000.00) deposited into the account of that one Alhaji Abubakar.

According to him, within the period in review, troops neutralized 36 terrorists, rescued 130 civilians and arrested 46 suspected terrorists as well as 12 suspected Boko Haram logistic suppliers.

Speaking further, Danmadami said the air component of Operation HADARIN DAJI on 13 Sep 2022 conducted an air interdiction operation at an identified terrorist hideout in Dutse Babare in Jibia Local Government Area of Katsina state led to the neutralization of a terrorist leader identified as Ibrahim Dangawo and other members of his gang.

“Similar, operation was carried out at Gidan Guga in Faskari Local Government Area also in Katsina state, at an identified terrorist enclave. The airstrike led to the neutralization of a terrorist kingpin known as Babaru who has been on the wanted list of security agents,” he added.

Wike- We Will Fight PDP Leaders From Within