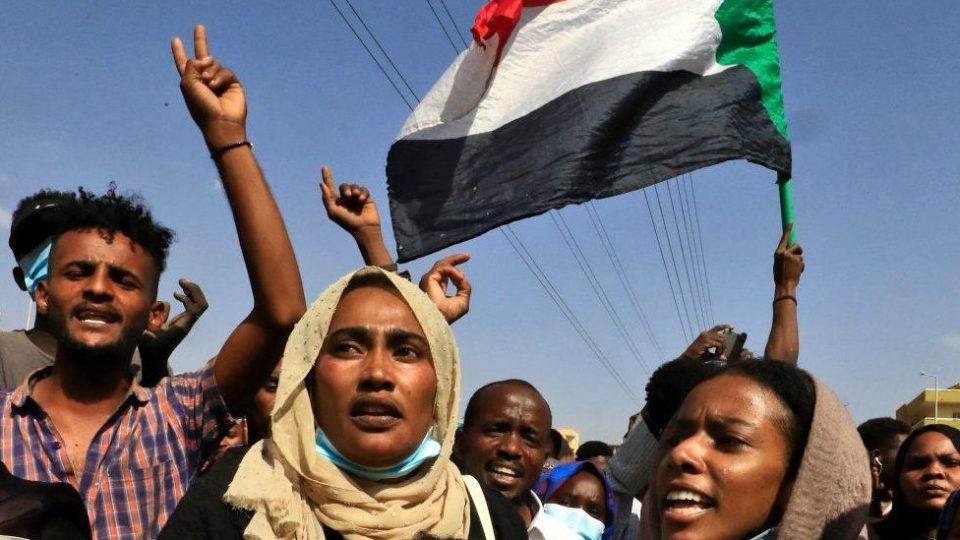 The United States is designating Sudan’s Central Reserve Police (CRP) for serious human rights abuses committed during protests calling for democracy. We are taking this step to hold to account those perpetrating abuses and to deter future violence. The CRP, a militarized police unit involved in multiple violent responses to peaceful protestors, is being sanctioned today for using excessive force, including lethal force, against demonstrators protesting the military takeover. On January 17, CRP officers used live ammunition against protesters, resulting in numerous deaths and injuries. This incident is one of many since October 25, 2021, military takeover after which Sudanese security forces have reportedly used lethal violence against protesters or violated or abused human rights.

These actions are unacceptable and contrary to the Sudanese people’s desire for freedom, peace, and justice in their country

Reports of rape, killings, torture, and arbitrary detentions, among other abuses committed by CRP officers as recently as March 14, are ongoing. Reports that CRP officers raped and committed other acts of sexual abuse against female protesters – notably on December 21 and 22, as well as on March 14 – are particularly egregious. These actions are unacceptable and contrary to the Sudanese people’s desire for freedom, peace, and justice in their country. All abuses against protesters by CRP officers must be stopped.

The United States maintains our full support for the collaborative efforts of the UN Integrated Transition Assistance Mission in Sudan (UNITAMS), the African Union, and the Inter-Governmental Authority on Development to facilitate a Sudanese-led political process to restore a civilian-led transition to democracy. In order for this process to be effective, the military and security services need to create an environment where all actors can safely participate in negotiations. We call for an immediate end to unjust detentions of civil society activists, politicians, journalists, cultural figures, and humanitarian workers; closure of media outlets; continued violence against peaceful protesters including sexual violence and attacks on medical facilities; and communications blackouts.

Today’s action demonstrates that the United States continues to use the tools at our disposal to stop the violence and press for a restoration of Sudan’s democratic transition. These designations build upon the United States’ previous actions towards these goals, including pausing and redirecting assistance that would have benefited the Government of Sudan. Reversal of that decision would be considered with Sudan’s progress toward and accomplishment of a civilian-led transition to democracy. We remain poised to use all tools at our disposal to support the Sudanese people in their pursuit of a democratic, human rights-respecting, and prosperous Sudan.