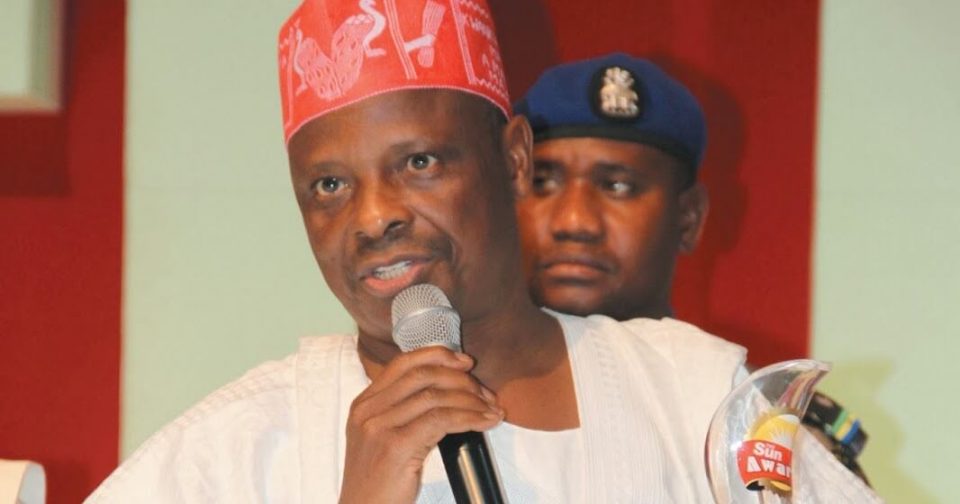 In what looks like losing a legal battle if deposed emir of Kano were to sue the government of Kano, the former Governor of Kano Rabiu Kwankwaso denied ever issued a query to Sanusi.

He alleged that the dethronement of Muhammad Sanusi II was masterminded by President Muhammadu Buhari in connivance with the Kano State governor, Ganduje.

Kwankwaso stated these on Wednesday while speaking in an interview with the Hausa Service of the BBC said: ”My administration did not query Muhammad Sanusi II.

Kwankwaso also faulted the banishment of the deposed Emir, adding that Sanusi should have been allow to choose where to live.

His words: “Let me begin by saying today is a very sad day in Kano, Nigeria and by extension in the entire world because His Highness the Emir of Kano, Sanusi is a global personality.

“What we have seen is very sad because there is no responsible government that is supposed to take the kind of step taken by Kano State Government by dethroning Emir Muhammad Sanusi II.

“But, the big issue is that, as enshrined by section 35 of the Nigerian Constitution, even if you dethrone someone as Emir, you ought to allow chose wherever he so pleases to stay, that is even when you follow due process to dethrone him.

“You see leaders here in Kano State Government themselves are saying they were given the order to dethrone the Emir. He (President Muhammadu Buhari) is the one that gave them the order.”

Asked whether he ever advised the President on required intervention of the Kano crisis, Kwankwaso said Buhari does not need advice from outside when he had many advisers paid heavily to do the job.

He denied insinuations the Kwankwasiyya movement were taking side with the dethroned Emir, saying whoever knows the ideology of the movement knows it only take side with the truth.

“The reason they are insinuating that we are supporting the Emir and the Emir is supporting us is because, His Highness the Emir had said repeatedly that, whoever won the Kano State Governorship election should be given his mandate. Those are the kind of statements from the Emir that got them (APC Government) angry.

“And you see, the process they followed in the dethronement of the Emir is not the only problem, the most disturbing is the way and manner they humiliated the people of Kano by humiliating the Emir,” he said.

Kwankwaso equally reacted to the allegation that, if he were to still be the Governor of Kano, he would have equally dethroned the Emir, as he had during his tenure issued query to Emir Sanusi three times.

The former Governor said: “I never issued a query to His Highness Emir Sanusi II or did anything that looks like that. What I know is that, if you are Governor or President, you are supposed to know that, you are a leader, helper of the people, lover peace, not to use what you have like the security forces to muscle people like what we saw in Kano yesterday (Monday).”

Law Passed For Kidnappers, Ritualists To Die By Hanging In Osun

Sanusi In Nasarawa, The Gov In Closed-door Meeting With Buhari

Herdsmen: Conspiracy Theory or Fact – You be the Judge

Presidency Clarifies the Release Of Sowore

Bayelsa’s Flood Crises Worsens As Bodies Float Out Of Cemeteries.