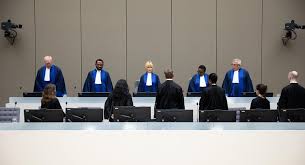 Pre-Trial Chamber III of the International Criminal Court (ICC) authorised the Prosecutor to proceed with an investigation for the alleged crimes within the ICC’s jurisdiction in the Situation in the People’s Republic of Bangladesh/Republic of the Union of Myanmar (“the situation in Bangladesh/Myanmar”).

This authorisation follows the submitted on 4 July 2019 by the Prosecutor to open an investigation into alleged crimes within the ICC’s jurisdiction committed against the Rohingya people from Myanmar.

The Chamber also received the views on this request by or on behalf of hundreds of thousands of alleged victims.

According to the ICC Registry, victims unanimously insist that they want an investigation by the Court and many of the consulted alleged victims ‘believe that only justice and accountability can ensure that the perceived circle of violence and abuse comes to an end’.

The Chamber recognised all the individuals and organisations that assisted, guided and advised alleged victims throughout this process.

The Chamber concluded that the Court may exercise jurisdiction over crimes when part of the criminal conduct takes place on the territory of a State Party.

While Myanmar is not a State Party, Bangladesh ratified the ICC Rome statute in 2010.

Upon review of the available information, the Chamber accepted that there exists a reasonable basis to believe widespread and/or systematic acts of violence may have been committed that could qualify as the crimes against humanity of deportation across the Myanmar-Bangladesh border and persecution on grounds of ethnicity and/or religion against the Rohingya population.

The Chamber found no need to assess whether other crimes within the Court’s jurisdiction may have been committed, even though such alleged crimes could be part of the Prosecutor’s future investigation.

Noting the scale of the alleged crimes and the number of victims allegedly involved, the Chamber considered that the situation clearly reaches the gravity threshold.

According to the supporting material, an estimated 600,000 to one million Rohingya were forcibly displaced from Myanmar to neighbouring Bangladesh as a result of the alleged coercive acts.

Noting the victims’ views, the Chamber agreed with the Prosecutor that there are no substantial reasons to believe that an investigation into the situation would not be in the interests of justice.

Consequently, Pre-Chamber III authorised the commencement of the investigation in relation to any crime, including any future crime, as long as a) it is within the jurisdiction of the Court, b) it is allegedly committed at least in part on the territory of Bangladesh, or on the territory of any other State Party or State accepting the ICC jurisdiction, c) it is sufficiently linked to the situation as described in the present decision, and d) it was allegedly committed on or after the date of entry into force of the Rome Statute for Bangladesh or other relevant State Party.