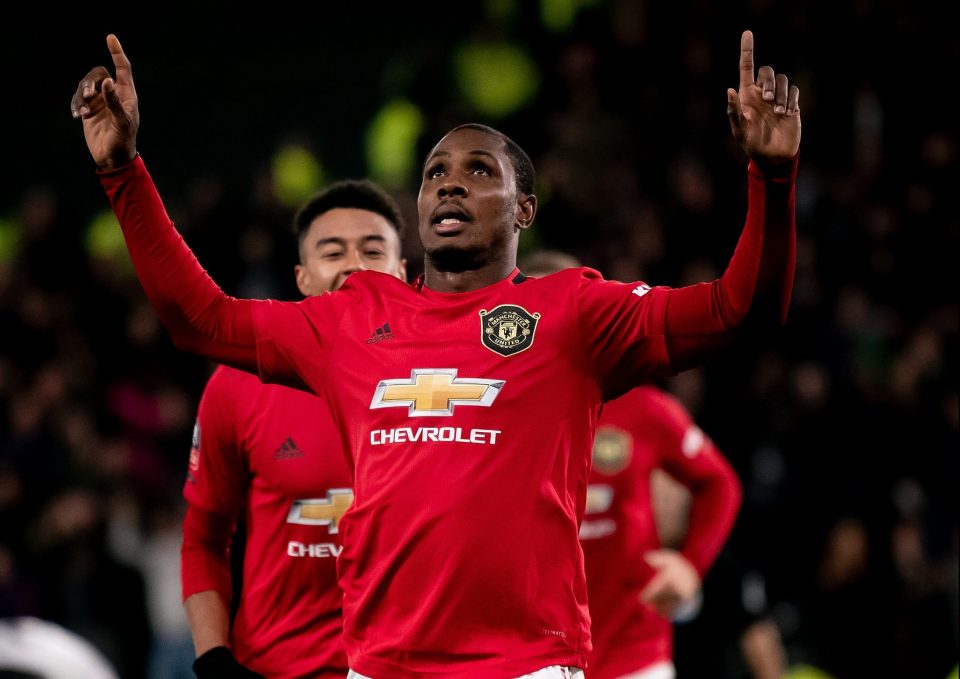 Manchester United 0-3 win against Derby County in the FA Cup second encounter has made club unbeaten in nine matches across all competitions (W6 D3).

Nigerian strike Odion Ighalo got two goals for his new club in the encounter thereby taking them to the second round of the FA Cup.

Speaking to BT sport, Ighalo said: “I am happy. I want to congratulate the team for a hard-fought game. “As long as my team-mates believe in me, the boss believes in me and the fans believe in me, just have to keep going. I don’t care what anyone says.”

Manchester United boss Ole Gunnar Solskjaer, while speaking to BT Sport lauded Ighalo.  He said: “When you get strikers in you want them to be happy and confident. He has come in here and of course, we still have a few injuries and it is great for us to have Odion to call upon.

”He is a different striker for us and scores some good goals, there are not many who could dig that one out for his first. We have a team of good players.”