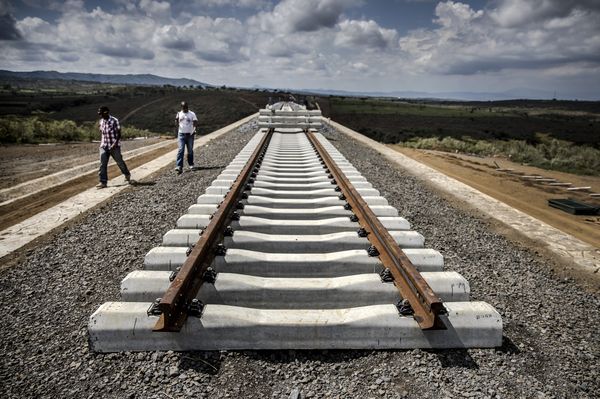 Imo State Governor Emeka Ihedioha   has asked the Federal Government to link all the states in South East zone by rail so as to fast track the industrial development of the zone.

Speaking at the 2nd Nigerian Metallurgical Industry Stakeholders Forum in Owerri, the governor said that the linking of the zone by functional rail line is very important as the zone is business hub of the country.

He said that he has taken some practical step since the assumption of office to restore power supply to strategic places in the stars, especially to the metal industry at Inishi in Ikeduru local government area of Imo state.

He said that the state is open to investors and urged the Federal Government to do more in connecting the South East by rail because of the industrial potentials of the region.

Ihedioha said that his government has also given a dedicated line to Sam Mbakwe Cargo Airport to ensure regular flights, especially at night because it’s the only airport operating in the South East.

He commended the metal sector operatives in the South East for organising the forum, stressing that without steel, Nigeria’s industrialization will be very elusive

Minister of State of Mines and Steel Development, Uchechukwu Ogah, speaking at the opening ceremony of the two-day event  reiterated the determination of the Federal Government to positively rewrite the story of the steel industry in Nigeria.

This, he said, is to position the industry in good stead to play it’s role Nigeria’s rapid industrialization and to diversify the economy from a mono product economy predominantly dependent on oil to other sectors.

He the minister said that the government has taken several measures towards the realization of this objectives.

According to him,  these include the execution of the modified Concession Agreement on Nigerian Iron Ore Mining Company, Itakpe, initiating plans to commercialise Ajaokuta  Steel Company, commissioning of the rolling mill of Delta Steel Company, Alaska and pursuing to conclusions mediation between the Federal Government and GINL on NIOMCO concession so as to get the plant operational again.

Other initiatives, the minister said, include launching the ministry’s approved roadmap for the development of mining and steel sector amongst others.

Malabu $1.1b: Malami Dismisses Allegation Of Exonerating Some Sacred Cows

Borno gets 87 sites for COVID-19 vaccination across the state