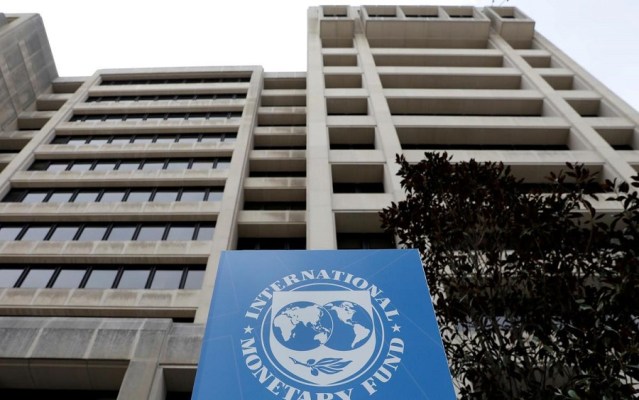 The Chadian authorities and the staff of the International Monetary Fund (IMF) started discussions for the first review under the ECF-supported program approved on December 10. These discussions will continue in the coming days. Chad’s economic and financial situation was weaker than expected in 2021. Oil production was significantly lower than anticipated, while inadequate rainfall led to poor agricultural production and pressures on cereal prices. These pressures are expected to be amplified by the war in Ukraine and to significantly increase food insecurity. The outlook for 2022 remains broadly favorable, with growth projected at 2.3 percent, but subject to significant uncertainty. Higher oil prices, if sustained, would create opportunities to rebuild buffers and improve the composition of non-oil deficit financing while rising food insecurity requires stepped up coordination with donor community on support programs. In addition to the authorities’ continued commitment to sound policies and reforms, the rapid finalization of a debt treatment under the G20 Common Framework and significant donor support are key for restoring debt sustainability.

An International Monetary Fund (IMF) mission led by Edouard Martin visited N’Djamena from March 16–30, 2022 to conduct discussions for the first review under the program supported by the ECF arrangement approved by the IMF Executive Board on December 10, 2021. The new 36-month ECF arrangement, in an amount of SDR 392.56 million (about US$570.75 million or 280 percent of quota), will help meet Chad’s large balance-of-payments and budgetary needs, including by catalyzing financial support from official donors.

At the conclusion of the visit, Mr. Martin issued the following statement:

“The Chadian authorities and the staff of the International Monetary Fund (IMF) started discussions for the first review under the ECF-supported program approved on December 10. These discussions will continue in the coming days so as to reach understandings that could be submitted for approval to the Executive Board of the IMF.

“Macroeconomic developments in 2021 were less favorable than anticipated. Oil output contracted, owing to production difficulties experienced by a major oil company, while non-oil activity was constrained by the scarring effects of the COVID-19 pandemic, as well as adverse weather conditions due to climate change. Overall, real GDP contracted by 0.3 percent, driven by a 3 percent reduction in oil production. While average annual inflation was limited to -0.8 percent in 2021, the poor 2021-22 crop has fueled inflation pressures, with food prices increasing by 6 percent y-o-y in January. These pressures are expected to be aggravated by the war in Ukraine.

“Performance under the program was uneven. Two of the three end-December 2021 quantitative performance criteria were met, with the criterion on the non-oil primary balance missed owing to expenditure overruns on military equipment and on the wage bill, reflecting security and social tensions. Progress has been made in the implementation of structural reforms, with two structural benchmarks met while the reforms covered by the three other ones expected to be finalized in the coming weeks.

“The outlook for 2022 remains broadly favorable but subject to significant risks. After contracting the last two years, economic activity is expected to grow by 2.3 percent in 2022, driven by a recovery in both oil and non-oil productions. Driven by food prices, inflation is expected to rise to about 4 percent on average. Risks to the outlook include: a possible resurgence of the pandemic and further delays in vaccination; security concerns; domestic debt rollover risk; and possible delays in implementing reforms.

“In this context, discussions focused on measures to strengthen public finances. Efforts to increase domestic revenue mobilization should be intensified. While overall spending needs, including the wage bill, need to be contained, social spending needs to be protected. In view of the high oil price volatility, additional oil revenue will be used to rebuild liquidity buffers and reduce the government reliance on domestic borrowing from the constrained banking system.

“The IMF team also discussed with the authorities additional structural reforms to be implemented in 2022-23. These reforms will notably focus on strengthening public financial management and domestic revenue mobilization, enhancing governance and transparency, and improving the business environment.

“Discussions were also held on food insecurity. In the context of the 2022 humanitarian response plan, the authorities have prepared a framework to provide assistance to the most vulnerable until the lean season. Along with the assistance already provided by the World Food Program and the Food and Agriculture Organization, the use of the SDR allocation will contribute to the implementation of this plan by allowing the authorities to rebuild a sufficient stock of cereals.

“The authorities are continuing discussions on a debt treatment with their external creditors in the context of the G20 common framework. These discussions will need to be finalized prior to the upcoming program review.

“The IMF team would like to thank the Chadian authorities and other counterparts for their hospitality, excellent cooperation, and candid and constructive discussions.”

Uganda: The breakdown of the new cases