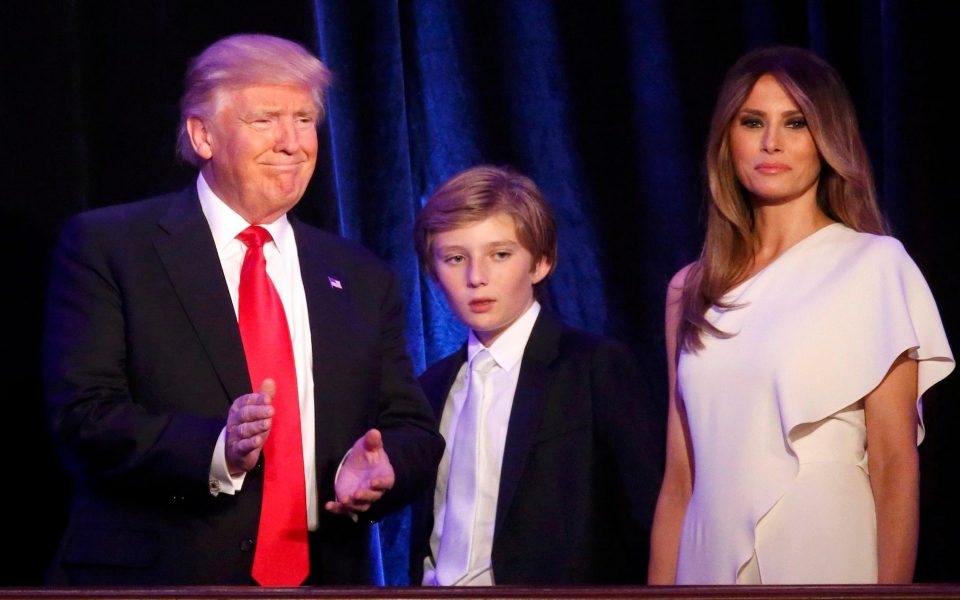 U.S. First Lady Melania Trump on Wednesday publicly rebuked a scholar who used her 13-year-old son’s name to make a point during a hearing as part of the impeachment inquiry into the president.

Constitutional law professor Pamela Karlan invoked Barron Trump, the son of Donald and Melania Trump, to demonstrate how the Constitution imposes distinctions between a monarch’s power and that of a president.

“The constitution says there can be no titles of nobility,” Karlan told lawmakers during the House Judiciary Committee’s first hearing on impeachment, which featured four constitutional scholars.

“So while the president can name his son ‘Barron,’ he can’t make him a baron.”

The pun led to chuckles in the congressional hearing room, but Melania Trump made clear it was no laughing matter.

“A minor child deserves privacy and should be kept out of politics,” the first lady tweeted shortly afterwards.

“Pamela Karlan, you should be ashamed of your very angry and obviously biased public pandering, and using a child to do it.”

President Trump retweeted his wife’s message to his 67 million followers.

As the row snowballed, Karlan quickly tried to stem the damage by expressing her regret.

“I want to apologize for what I said earlier about the president’s son,” she told the panel.

“It was wrong of me to do that,” she said, before adding that she also wished “the president would apologize, obviously, for the things that he’s done that’s wrong.”

For years, members of both political parties have agreed that the minor children of US politicians, particularly presidents, are off-limits.

During the hearing, Republican congressman Matt Gaetz snapped at Karlan, telling her that invoking Trump’s son “does not lend credibility to your argument. It makes you look mean.”

The incident quickly brought an onslaught of criticism from corners far beyond the hearing room, as Republicans and members of Trump’s re-election campaign voiced grave disapproval.

“Democrats have disgraced themselves by giving a platform to this unhinged, petty kook,” the campaign wrote on Twitter, while its deputy director of communications, Matt Wolking, called Karlan an “unhinged liberal professor” over the comments.

“Democrats are so desperate that one of their biased witnesses is now attacking the President’s 13-year-old son. Absolutely disgraceful,” House Minority Leader Kevin McCarthy wrote on Twitter.

The Trump impeachment investigation is looking into pressure Trump placed on Ukraine’s president to investigate 2020 election rival Democrat Joe Biden and his son, Hunter, who served on the board of a Ukrainian gas company.

During a speech Wednesday, Vice President Mike Pence told an audience that “one of the Democrats’ witnesses actually used the president and first lady’s 13-year-old son to justify their partisan impeachment. Democrats should be ashamed.”

Melania Trump has taken up the cause of youth wellness in America, and last year launched a public awareness campaign to counter youth cyberbullying and drug use.