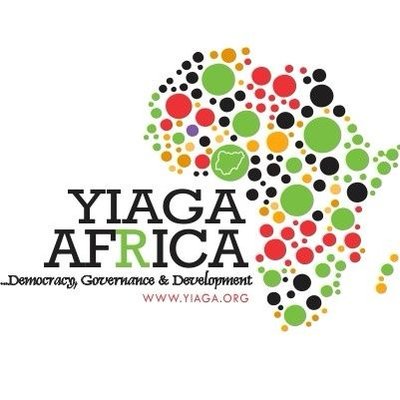 YIAGA in a statement explained that the elections in the state did not reflect the preferences of voters because they were not given genuine opportunity to exercise their right to vote.

Read the full statement below:

Ladies and Gentlemen, it gives us great pleasure to welcome you to YIAGA AFRICA Watching The Vote (WTV) Statement on the conduct of the Governorship and Kogi West Senatorial District election. YIAGA AFRICA deployed a total of 548 observers for the Kogi elections with 500 polling unit observers deployed to 250 sampled polling units. Polling unit observers provided reports on the conduct of the election day process from the opening of polls to the posting of results at the polling unit level. The WTV Parallel Vote Tabulation (PVT) data revealed that INEC officials had arrived at 52% of the sampled polling units by 7:30 am, with accreditation and voting commencing in 79% of the sampled polling units by 9 am with essential electoral materials like the smart card reader present in 98% of polling units. While the PVT data demonstrated the commencement of polls in the state, the situational analysis of the process highlighted major infractions that had significant potential of impacting the credibility of the process.

This statement on the conduct of the elections is based on WTV observation of the processes of accreditation, voting, and the counting and posting of results. This statement represents a culmination of our findings from the pre-election environment through election day and highlights critical incidents observed that threaten the credibility of the elections.

YIAGA AFRICA’s WTV is “Driven by Data – For All Nigerians – Beholden to None!”. Employing the PVT methodology – the gold standard for citizen observation – WTV deployed 500 stationary observers in pairs to a representative statistical sample of 250 polling units, and 27 mobile observers located in all 21 local government areas (LGAs) of Kogi state. WTV also deployed 21 collation centre observers to each of the LGA collation centres.

In line with YIAGA AFRICA’s commitment to electoral integrity through citizen oversight of the electoral process, WTV deployed a pre-election observation (PREO) mission in Kogi in all 21 LGAs over a period of eight weeks. The WTV PREO highlights certain findings that are consistent with emerging trends that threaten the conduct of a peaceful and credible election in Kogi. Major findings highlighted include:

On election day, YIAGA Africa received and confirmed a total of 69 incident reports from its WTV observers. Critical incident reports capture instances that could undermine the integrity of the electoral process. Majority of the incidents observed on election day include snatching or stuffing of ballot boxes, vote-buying/bribery and accreditation of people without using card readers each recorded in over 10 polling units.

The most serious of the critical incidents reported include;

The critical incidents reported highlight some of the key challenges associated with the conduct of the Kogi 2019 governorship and senatorial election.

Findings on the Election Process

In the spirit of transparency, YIAGA AFRICA called on INEC to make public the list of polling units where elections are cancelled. YIAGA also called on security agencies to ensure adequate security was provided to voters and INEC in order to complete the process of voting, results collation and declaration.

YIAGA AFRICA observed accreditation, voting, and counting at polling units in all 21 LGAs. YIAGA AFRICA’s updated findings are based on reports from 233 of 250 sampled polling units.

Ladies and gentlemen of the press, YIAGA AFRICA’s data, based on two months of reports from our citizen observers, exposes serious shortcomings in the pre-election period, the election day environment and, to a lesser extent, in the conduct of the polls themselves. These issues seriously compromise the credibility of the Kogi gubernatorial and senatorial polls.

While we recognize it is the sole responsibility of INEC to conduct elections and ensure their credibility and acceptability, it is important to state clearly that there are other stakeholders whose roles are equally important in determining the credibility of elections – security agencies, political parties, and their related recruits and candidates. To a great extent, the attitudes, actions, and dispositions of these stakeholders could make or mar the credibility of any election.

On this particular election, while we believe, there has been a significant improvement in the conduct of elections in the country, especially in INEC’s conduct and processes, we note some drawbacks in election logistics management, quality of election personnel; integrity and transparency of the results collation. The challenges in Kogi state 2019 gubernatorial elections squally lie on the role and failures of security agencies, the police in particular, political parties, the major candidates and their state and non-state accomplices. These stakeholders deliberately worked to undermine the election. They appeared to be more concerned about electoral victory than the credibility and legitimacy of the process. The unacceptable vote procurement (vote buying) and violence perpetrated by the systematically recruited and prepared party officials and thugs were carried out under the full glare of the almost nonchalant security officials. They acted helplessly as if they were under instruction not to respond to the situation, if not already prepared to support the brigandage.

Political parties failed to contest these elections according to the democratic rules of the game and instead vied for elected office based on buying votes rather than speaking to issues, manipulating the courts for political advantage, and compromising the political environment to prevent political competition. While it is political parties that have undermined the pre-election and election day environment thereby undermining the fundamental rights of voters of Kogi state to fully and freely participate in all aspects of the electoral process, it is the security agencies that have failed to maintain public order and to bring to book those responsible for electoral offenses and it is the courts that have entertained the shenanigans of political party petitions designed only to limit political competition. While INEC, like the people of Kogi State, is itself a victim of the actions of political parties, the security agencies and the courts, once again INEC failed to put in place sufficient safeguards and operational practices to ensure the elections could be conducted despite these perennial challenges.

Instead, the people of Kogi have not been given the opportunity to fully exercise their right to vote. As a result, the results of these elections, regardless of the outcome cannot be said to reflect the preferences of voters in Kogi. In such a circumstance, YIAGA AFRICA calls upon INEC to conduct a thorough investigation of the conduct of the Kogi governorship and senatorial elections and to conduct a new election that gives voters a genuine opportunity to exercise their right to vote. Perpetrators of violence and their sponsors should be arrested and prosecuted. Consistent with our own protocols and international best practice, YIAGA AFRICA will not release its PVT results data as the PVT estimates cannot reflect the preferences of Kogi voters because the political parties, security agencies, and the courts compromised the credibility of the Kogi governorship and senatorial elections.

We are deeply worried and concerned about this emerging trend in electoral manipulation and the deepening culture of impunity. Failure to institutionally and decisively act could undermine our democracy. Our politicians, political parties and security agencies have become important threats to our democracy and we must work to hold them to account. The Nigerian political class should be recognized as such and place in the right plinth for interrogations, increased engagement and be exposed for local and international sanction.

Despite the serious failings of the Kogi gubernatorial and senatorial elections, YIAGA AFRICA wants to thank those voters who went to the polls despite the myriad of challenges. We would also like to thank the many Nigerians across the state who volunteered to serve as non-partisan election observers on behalf of all the people of Kogi. Despite the shortcomings of the elections, YIAGA AFRICA commends the dedication and commitment of the National Youth Service Corps (NYCS) members who served as ad hoc poll officials. YIAGA AFRICA also appreciates the collaboration of our development partners and their commitment to Nigerian initiatives to ensure credible elections in our country.

Hate Speech Bill: CAN Urges Lawmakers To Halt Its Passage