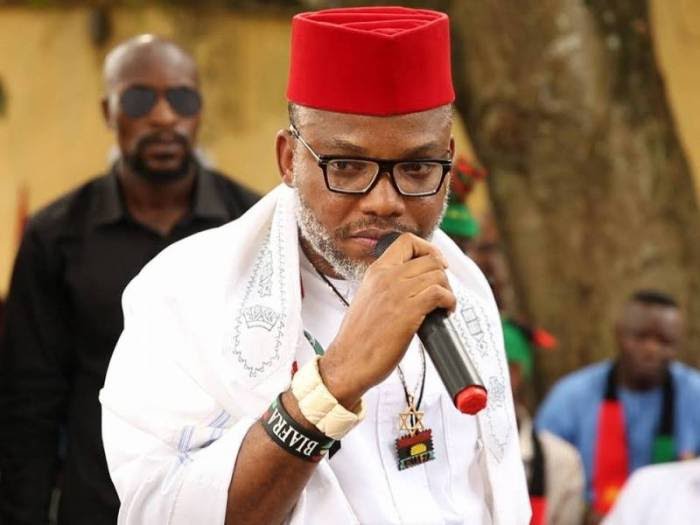 Leader of the Indigenous People of Biafra (IPOB), Mazi Nnamdi Kanu, has said it would amount to hate speech to call him or members of the pro-Biafran group Nigerians.

Speaking against the backdrop of the Hate Speech bill before the senate, during his regular weekly broadcasts, Kanu said it was sheer madness for anyone to propose death penalty on people convicted for hate speech, adding that it was a clear proof that Nigeria is governed with a clandestine agenda.

Making mockery of the proposed bill, Kanu said the fact he and members of his group were still being called Nigerians, a name he said was forced on them, was a hate speech against him and millions of his followers.

“This Hate Speech bill is exactly the same thing with Decree No 4 of 1984. What’s happening in Nigerian courts is enough to set any country ablaze. Calling me a Nigerian is hate speech.”

He said it was out of place for the ninth Senate to have even allowed such a bill to be introduced in a country where he said people were angry and must have to speak out or perish.

He lambasted the senate saying instead of legislating on jobs creation and infrastructural development, for people of the country to have basic necessities to live decent life, they went into frivolities.

“But when it’s coming from the Fulani, nobody will say anything because it’s love speech. That’s the level of hypocrisy in Nigeria. People don’t reason very well anymore. If people do, the excesses of these current cabals would have been curtailed.”

The IPOB leader said the only solution to all the unpleasant things happening in the country presently was for each section of Nigeria to go its own way as IPOB is pushing for Biafra which he said would soon be a reality.

Kanu Vows to be in Nigeria for His Mother’s Burial