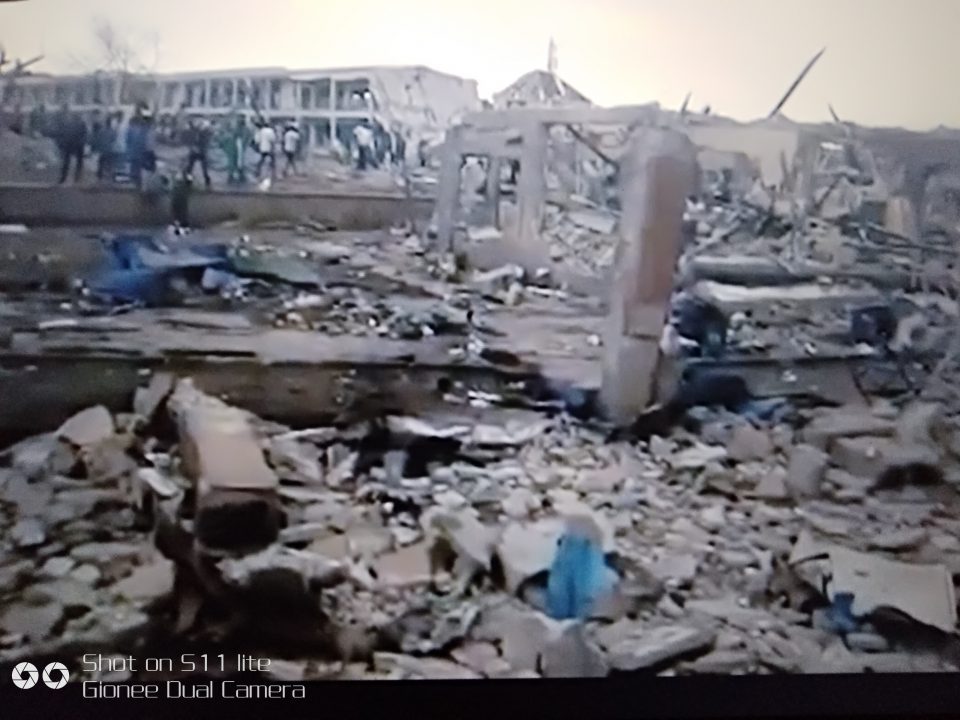 No fewer than fifteen persons have died and several buildings razed down in the fire explosions that rocked the Abule Ado communities on Sunday in Lagos.

The total dead bodies recovered from the explosion and collapsed buildings as the time of filing this report according to the National Emergency Management Agency (NEMA) was fifteen.

Ibrahim Farinloye, the spokesperson of NEMA confirmed the casualty figures to Channels Television on Sunday.

Farinloye said: ”The cause of the fire is yet to be ascertained and efforts are ongoing to rescue some children that are reportedly trapped under some collapsed buildings in the affected area.

”We have gotten about 15 bodies recovered and there are reports of children and their principal being involved, but we cannot give the figures out now because there are many factors with revealing children involved in an accident, so we are keeping it for the safety of the children.

”We are trying to rescue a child that the owner informed me, is trapped under the rubble, an excavator has gone in to move the rubbles.”

He explained that the cause of the explosion will be investigated by The Nigeria Police Anti-Bomb Explosive Ordinance Disposal (EOD) team.

”We are still on the emergency phase to put out the fire and all hands are on deck. Next, we will carry out investigations.

”Initially, there was a blast, after the explosion, we learnt the pipeline gutted fire.

”Cause of the fire is not ascertained now; the explosion that came was so loud that it was heard about 10 kilometres away from here, so for us to have that, means something must have happened and if it is pipeline explosion, I don’t think it would have affected this range of buildings.”

I Have Found The Girls, Will Sue For N30b Damages – Davido