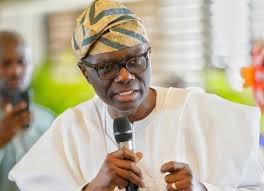 Governor of Lagos State, Mr Babajide Sanwo-Olu on Monday set up a N2 billion relief fund set up for victims of the Abule Ado fire explosion which killed over fifteen people, destroyed over fifty buildings and left many people homeless.

The National Emergency Management Agency (NEMA) had confirmed that over 50 buildings were destroyed in the explosion.

Sanwo-Olu who disclosed this in Lagos on Monday while addressing journalists said the fund would go a long way to alleviate the suffering of the fire victims.