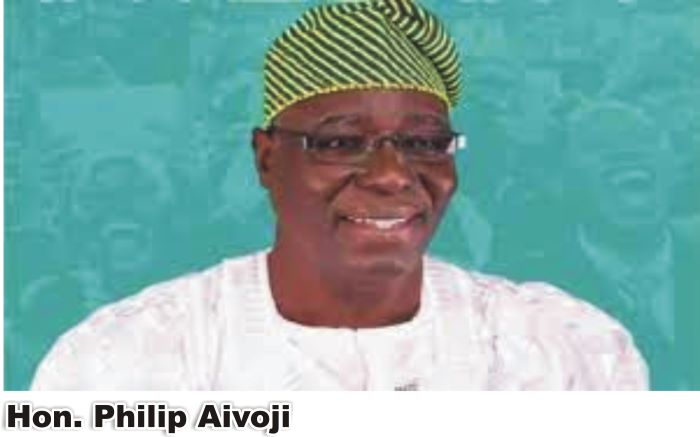 A former  Commissioner for Commerce, Industry and Tourism in Lagos State and the State Chairman-Elect in Sunday’s Lagos State PDP congress, Honourable Philip Olabode Aivoji, has said that there was no winner and no loser in the election that produced him as the new chairman of the PDP in Lagos State

Honourable Aivoji, who made these remarks during a chat with newsmen at Ikeja, Lagos on Wednesday,  offered the olive branch and implored his co-contestants to bury the hatchets and work with the new state Executive Council to move the party forward.

He noted that his first priority in office would be to work assiduously for unity to prevail in the party both at the wards, Local Government and state levels, stressing that with all the contending groups in the state PDP coming together, the party would definitely deliver the state to the PDP.

The PDP chieftain further stressed that with his proven integrity, track record and broad experience, the new PDP leadership in the state was set not only to provide leadership worthy of emulation but equally ensure high morale among the teeming millions of party members and change the fortunes of the party by ensuring it wins Lagos State in the 2023 general elections.

It would be recalled that Aivoji, a former Executive Chairman of Badagry Local Government, defeated five other aspirants in last Sunday’s state congress of the party to emerge the new state chairman of the PDP in Lagos State.

#UkraineRussiaWar: What If Putin Declares Martial Law In Russia