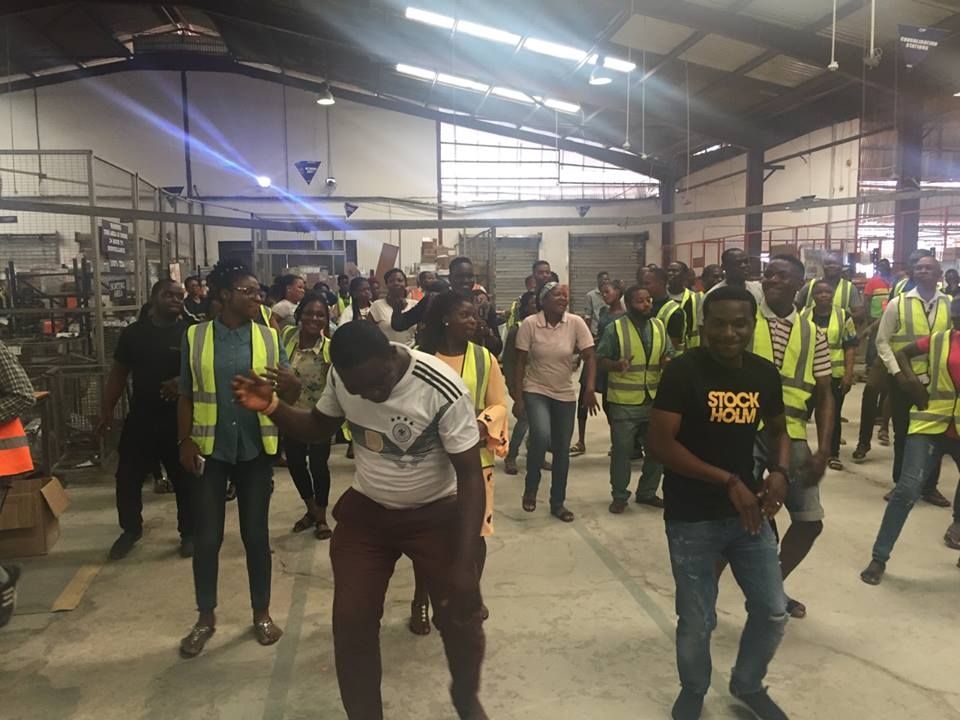 The seal-off, followed a tip-off that the firms’ directed their workers to resume duties despite the stay at home order announced by the Federal Government.

The government agencies, however, met with some resistance from both firms as the guards at Jumia warehouse refused to open the gate for the enforcement team.

The gatemen said the gates were locked from inside and the keys have been taken away by their boss.

But the response did not sit well with government agencies’ officials, wondering how those in the warehouse would escape if a fire breaks out. It was at this point they ordered the sealing of the place.

“Lagos State Safety Commission Sealed. This premises has been sealed following the violation of the safety law. This seal must not be broken or removed,” the sealed plaster reads.

Also, at SPN Packaging Studio Press Nigeria Plc, the team was allowed in but met some workers in the factory.

The LASEPA and Safety commission team ordered the Chinese and some Nigerians out of the factory before sealing the company.

At the Supreme Hotel, no fewer than 60 sex workers and their clients were chased out of the hotel.

Director-General of the Safety Commission, Lanre Mojola noted that the safety of the workers are premium to the government and warned owners of industrial facilities to desist from locking their staff and holding the keys.

“We are using this medium to warn all industrial manufacturers to desist from locking in their staff and holding on to the keys. This is contrary to the safety doctrine. It is like holding them hostage against their wishes. The state will take a drastic measure against perpetrators and ensure the provision of the law is applied accordingly,” he said.

LASEPA General Manager Dr Dolapo Fasawe said her agency got a tip-off from concern citizens about the activities of these organisations.

She urged Lagosians to abide by safety directive of stay at home to control the spread of the pandemic.

“There will be no hidden place for defaulters of this executive order. This new era of social media has exposed us all to the action and inaction of our neighbours, friends and if not timely reported, it may endanger us. The social media has promoted our communal responsibility of being our brothers’ keeper and protecting our comfort zones,” she said.

Akunyili Fought Biafra War, Earned a Bullet In His Skull Till Death – Children