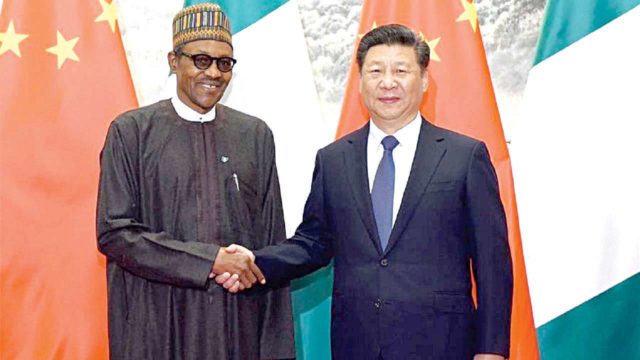 In 2015, the Ugandan government got a loan from China through the Exim Bank in order to finance the expansion and upgrade of Entebbe International Airport.

The report also noted that the Exim Bank agreed and released $200m for the first phase of the upgrade and was later to provide an additional $125 million for the second phase.

The loan was borrowed at 2 per cent interest with a maturity period of 20 years, including a seven-year grace period.

There is however fears from Uganda that the airport might be taking over by China if the country fails to meet with the payment due to the clauses imbedded in the loan agreement.

In its reaction, a probe by the parliament indicated that some of the clauses imposed on the loan were not favourable and could lead to a potential forfeiture of the airport in case of default.

“I apologise that we shouldn’t have accepted some of the clauses,” The Minister of Finance of Uganda Matia Kasaija told committee members in response to questions asked by the legislators.

The Uganda Civil Aviation Authority (UCAA) officials flagged up to 13 clauses in the loan agreement with China as “unfair and (being able to) erode the sovereignty of Uganda.”

According to reports, the Ugandan government had sent a delegation to China to renegotiate the loan terms; this turned out to be unsuccessful as China authorities refused to alter the terms.

The revelation that the Uganda government signed an agreement with onerous conditions has raised questions about the scrutiny and due diligence that bureaucrats conduct before committing the country internationally. The legislators who led the probe were also accused of approving the loan request that contained toxic clauses, reports the Monitor.

It further stated that Exim Bank once froze cash flow to the contractor, citing violation of the loan agreement after UCAA failed to implement some of the clauses, which were not favourable to Uganda.

However, the country’s Attorney General, Kiryowa Kiwanuka has said Uganda can meet the China loan terms and keep the airport.

Kiwanuka said the “Contracts in our view are bad when you put out obligations which are impossible of performance.”

“The obligation in this contract is all capable of performance,” Bloomberg reports.

Recall that in late November 2021, multiple reports claimed that the Chinese government is ready to take over the only Ugandan international airport – Entebbe International Airport.

But is there any lesson the Nigerian government and other African countries can learn from the errors the Uganda government made in the loan contract with China?

Can the Nigerian government and other African countries please make public the loan clauses it signed in the process of obtaining loans from China and other Arabian countries.

An analysis of the data showed that the country spent $402.74m in the 18-month period servicing bilateral loans, even as it borrowed $400m.

The bilateral loans accounted for 13.89 per cent of the country’s total external debt of $27.67bn as of the first quarter of 2020.

Meanwhile, the Chinese government has debunked the claim on taking over the Uganda’s airport. Perhaps waiting for 2022, the deadline for payment.

The Chinese Embassy in Uganda said, “No project in Africa has ever been ‘seized’ by China because it could not repay its loan. On the contrary, China firmly supports and is willing to continue to make efforts to improve Africa’s capacity for independent development”.

This is not the first time news of China taking over an airport in Africa is being circulated. In 2018 the Zambian government refuted claims that China is set to take over Kenneth Kaunda International Airport for defaulting on loan repayment.

Fact check reports that the Uganda Airport has not been taking over by China as previously reported by many media platforms.

Who Permits This 11-Year-Old Boy To Marry