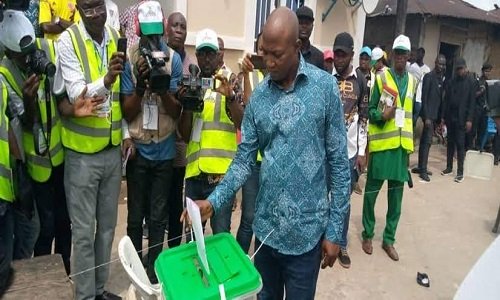 The governorship Candidate of the All Progressives Congress (APC) in Bayelsa State, Chief David Lyon is ahead of his counterpart in the Peoples Democratic Party (PDP), Senator Douye Diri as unit results trickled in after Saturday’s governorship election.

The results further showed that Diri was not doing well at his Kolokuma-Opokuma Local Government Area as most units especially in Odi and Kaiama voted for Lyon.

675 New Cases Of Coronavirus Have Been Recorded In Nigeria, Total Tolls Hits 20,919

Ifeanyi Ubah Debunks Claims On His Sack As Senator