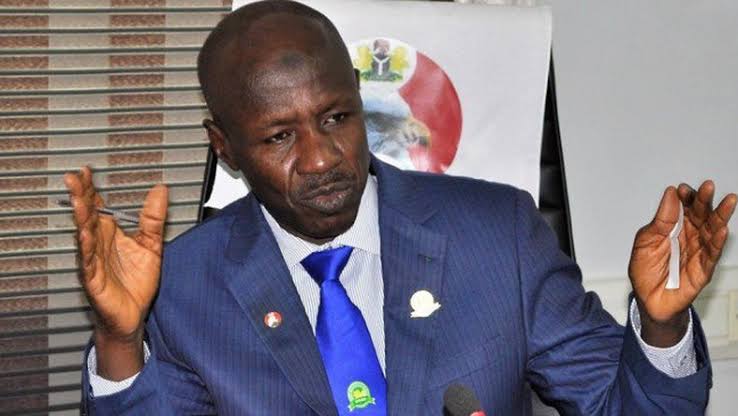 He was receiving the chairman of the Presidential Advisory Committee Against Corruption, Prof. Itse Sagay.

The Senate president was responding to Sagay’s plea that Magu is confirmed on the ground of his “magnificent” performance in acting capacity.

Lawan said: “This is a new Senate and therefore until there is a request to this Senate, there is nothing the Senate can do.

“And I want to assure you that any request that comes from Mr President is a request that will make Nigeria a better place.

“Senate will act expeditiously to ensure that we play our part in the confirmation or passing of legislation appropriately.”

Lawan said the Senate had not received any complaints of senators compromising during oversight.

Lawan also said the appeal for passage of anti-corruption bills was timely, but some parliamentary procedure and requirements needs to be done for its fulfilment.

He asked the Senate leadership to look into the complaint and ensure that the oversight work “does not involve anything that will be described as extortion”.

He said: “We also want to bring before the Senate, some of the criticisms of the public in the area of oversight.

“There is this constant complaint that members of committees demand some form of gratification before they would visit a place or write anything favourable about the MDAs.”

He also appealed for speedy passage of some anti-corruption bills before the legislature. Sagay urged the National Assembly to make constituency projects benefit their constituents.