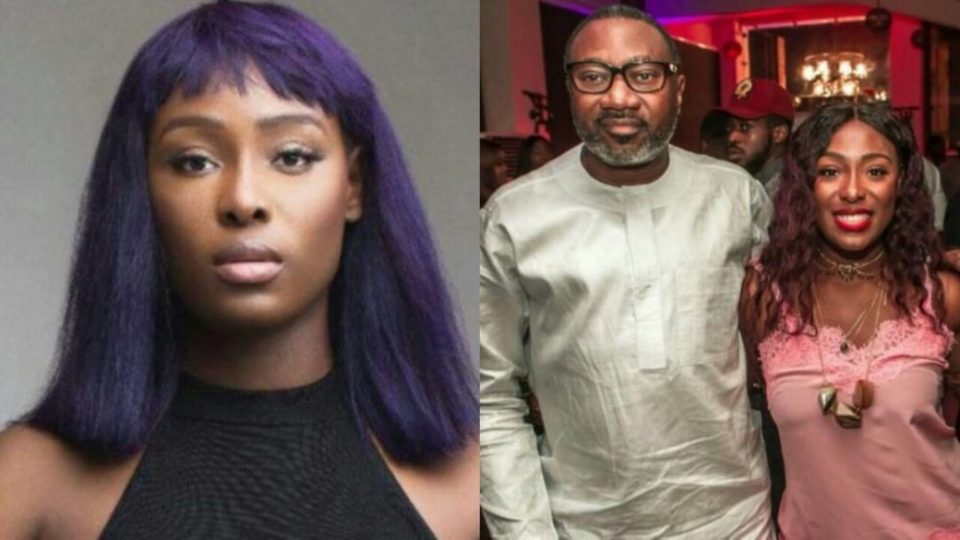 Tolani Otedola, meeting her for the first time you would smile at her level of composure, meekness, and respectful nature, despite her aristocratic background.

Don’t be surprised when she engages you in highly cerebral conversations different from music.

She is deeply rooted when it comes to the rudiments of business. You don’t need to be amazed at her wizardry, brilliance, and intelligence; it runs in the family. Tolani loves to communicate through music which serves as a reflection of her true self.

Apart from being born with a silver spoon in her mouth, and exposed to western culture, she has stayed glued to uphold the true virtues of a cultured Nigerian lady who re-modified herself with her home training. She has often confessed that; “While I was growing with my siblings, my father imbibed some things in us that have made me a better person. If we make mistakes, he corrects us with love. He pampered us with the good things of life but taught us how to be hardworking. He has told us his wealth does not belong to us that we also need to work to make our wealth as he did. These teachings have motivated me to the point I am today.”

The Psychology graduate from the University of St. Andrews in Scotland, was captivated by music. Typically of an emotional personality, she finds solace in pouring her emotions via the writing of songs, recording and playing gigs. “Some of my earliest memories were the times I spent in the car with my father playing loud music. I think that was one of the reasons I fell in love with music” she divulged. At her well-attended album premiere titled ‘Tolani’ in Lagos, 2017, for over one hour on stage performing with a live band, she held the invited audience spellbound with her vocal dexterity and stage prowess.

Recently, criticisms started erupting from different quarters saying she was not getting the needed support and push of her father like siblings in the creative industry got when they started. “Why will people say Femi is not investing so much in her career as he did for DJ Cuppy and Temi. I have never seen a supportive father like Femi. He is the most liberal person I know that can go any length to support his friends not to talk of his biological daughter. If He does not support her, who will??. Anytime she drops new music, Femi personally will post on all his social media platforms, canvassing people to download and make it viral. Let me shock you, she is doing numbers in terms of music streams and download. Femi is investing a huge amount in promoting her which most people don’t know. When she had her first major concert held at Terra Kulture, Lagos in 2017, millions of Naira went into that project. Femi also used his contacts to place her on several platforms as well. It’s a family affair and most people won’t see this. What would they gain by trying to incite hatred in a happy family?.” a source told Society Rendezvous.