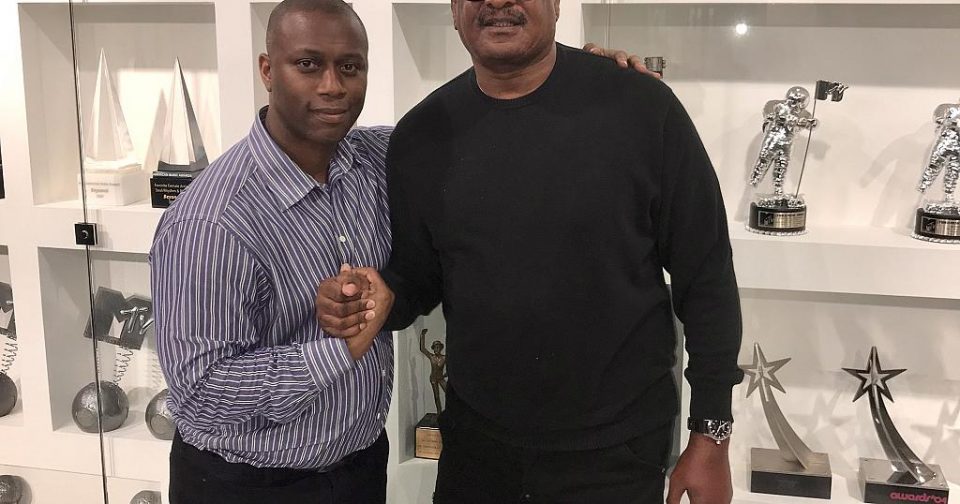 MePlaylist, a 100% African solution to music consumption and promotion has earned the attention of global investors and partners like Mr Mathew Knowles, father of artists Beyoncé and Solange Knowles.

Mr Knowles believes MePlaylistTM offers music consumers in Africa a unique experience that is much more simplified for a continent where internet penetration and the use of smartphones is projected to experience significant growth.

“MePlaylistTM is Africa’s own answer to the popular music streaming platforms, but it takes streaming a step further by personalizing the experience for each consumer based on their consumption patterns and the technology available to them. This and the population of Africans both on the continent and in the diaspora is why I am proud to have invested in MePlaylistTM“, he said in a statement.

With increasing, mobile phone usage in Africa and the global prominence of African acts like Diamond Platinumz, Davido, Tiwa, Wizkid, Yemi Alade and Burna Boy, convenient and reliable platforms with expansive catalogues of streamable are far from the norm on the continent.

This has created a gap between Africa’s rich musical contents and the need to reach fans through channels that make monetization and exchange of value easier and convenient.

It is solving this challenge that birthed MePlaylistTM; a music streaming platform that presents music content to users in an intuitive and data-friendly fashion, projecting African acts to the world and vice versa.

These amongst others have attracted global music stakeholders to the platform, hence making it possible to partner with music distributors globally.

According to a year-end report (https://bit.ly/2UELjEM) from the RIAA, revenues from streaming services grew nearly 20% in 2019 to $8.8 billion, accounting for 79.5% of all recorded music revenues, which means the streaming music services’ share of total music revenues is bigger than ever.

With the global music industry now worth about $19.1 billion, the African market is still largely untapped with its 1 billion-plus mostly young population and still accounts for a mere 2% of the global recorded-music sector and less than 1% of the royalties collected.

Unfortunately for music consumers in Africa, many of whom fall between the ages of 17 and 22, streaming services though ubiquitous, are not without their challenges.

Consumers have over time complained about the high cost of subscribing to some platforms, the unresponsive and unexciting user interfaces and catalogues not as exhaustive as consumers would love.

This has presented a challenge for content creators in Africa to earn suitable revenue from their work.

MePlaylistTM users will also be able to curate their own playlists and get followers to enjoy new music from all over the world.

According to Olakunle, “our focus is to put our users and their music consumption habits first; our platform has been designed with the understanding that people are mobile and constantly in need of new content, so from our interface to our catalogue options, we are making the MePlaylistTM experience the best in the market”.

Olakunle further emphasised the increasing importance of user-generated content (UGC) to give more visibility to music that matters. In his words “MePlaylistTM has been designed to be an intelligent music App that applies artificial intelligence to give each user a unique experience.”

His words are echoed by Ayodeji Oyenekan the Head of Technical Innovation at MePlaylistTM who says the MePlaylistTM app has been built to make expanding the catalogue on offer and other features as seamless as possible.

“Because of the innovative app we have built, MePlaylistTM will offer artists, aggregators and other content owners the opportunity to better monetize their content and reach a wider audience.”

In his words “We are very confident in the technical capabilities and expansion strategies for MePlaylistTM to deliver world-class service to music lovers in Africa and beyond.

To this end, it is a timely move to be able to facilitate the availability of the iconic Music World catalogue on the MePlaylist platform, and simultaneously take advantage of access to the dynamic new market it offers to artists on the Track Record Entertainment label.”

MePlaylistTM Founder Olakunle Oladehin believes that everyone will find their favourite kind of music on the app and anticipates that pre-launch subscription figures will shoot up significantly in the coming days as more Nigerians experience the seamless features of the MePlaylistTM app.

“Whether you are looking for the next Wizkid, Burna Boy or Tiwa Savage song or your taste is more Obesere and King Sunny Ade, we have something for you on an app that makes the music more interesting for you”.

Legal and Transaction advisory services for the MePlaylistTM project was provided by leading Entertainment Law Firm in Nigeria, RBMM Solicitors.

According to Demilade Olaosun, the Lead Solicitor at the Firm, it was a privilege working with the MePlaylistTM Management Team to iron out critical equity acquisition terms between the Company and Mr Mathew Knowles and his team.