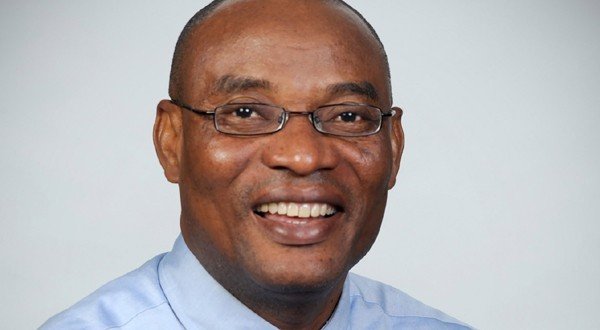 Former Managing Director of the Pipelines and Products Marketing Company (PPMC), Haruna Momoh, his wife, Ochuko Okor Momoh and their companies have commenced move to retrieve assets and cash seized from them by the Federal Government.

The FG, acting through the Independent Corrupt Practices and other related offices Commission (ICPC), on October 25, 2019 obtained an ex-parte order of interim forfeiture against Momoh, his wife and their two companies, from Justice Olukayode Adeniyi of the High Court of the Federal Capital Territory (FCT) in Apo, Abuja.

ICPC claimed among others that the move was part of its efforts to recover about N2,417,037,404b and landed properties, which the Momohs allegedly acquired unlawfully.

The commission claimed that the money includes foreign and local currencies, stashed in multiple accounts in four different banks as well as five landed properties located in different parts of Abuja metropolis.

Momoh, his wife and their companies – Multi Trade Limited and Blaid Construction Ltd returned to the court last Thursday to argue their application, with which they have challenged the interim forfeiture order.

Their lawyer, Ade Adedeji (SAN), who argued the application, prayed the court to set aside the interim order made on October 25, 2019 “which temporary forfeited all the various sums in the banks listed in the order.”

Adedeji accused the ICPC of misleading the court and obtaining the forfeiture order through fraud, by allegedly withholding necessary facts from the court.

“Where it is clear that the order obtained ex-parte was obtained without full disclosure and by misrepresentation of facts, the other party has a right to challenge such an order,” he said

Adedeji noted that a major fact the ICPC failed to disclose was the judgment delivered on July 4, 2019 by Justice Binta Nyako, wherein, the judge faulted the decision by the ICPC to freeze his clients’ accounts and placed the inscription: “Keep off, under ICPC investigation” on their landed properties.

He argued that, although the ICPC appealed the judgement, it chose to commence another assets forfeiture proceedings before another court rather than await the outcome of its appeal.

“It is based on these that we submit that, on that ground alone, there is irrebutable ground for the setting aside of the order of this court made on October 25, 2019.

“It has become a pattern with agencies of government, particularly ICPC and EFCC. Although we need them, because we realise that our society needs cleansing, they must have the rule of law in mind and act constitutionally always in carrying out their responsibilities

“The abuse of the processes of court and rule of law, more than any corruption, is the mother of all corruption.

“It has become a pattern with the respondent to abuse the process of court and trample on the rule of law.

“It is necessary to mention that they (ICPC) have filed several actions till date, including the EFCC. There are seven of them.

They obtained forfeiture orders hear and there, which have been set aside.

“Suddenly, they decided, after filing this application, to file a criminal charge before the Federal High Court perhaps, thinking that this court would be persuaded by the well written and high sounding charges to refuse our application.

“We have stated that the order of interim forfeiture was obtained fraudulently, the only reply they have is to bring facts to say they did not misrepresent facts or mislead the court.

“They also have to show that the Federal High Court did not permanently restrain them, in the judgment of July 4, 2019, from tampering with the assets of the plaintiffs.

“It is on that basis we seek the court to set a side this order so that the businesses of the plaintiffs can resume activities and hundred of workers can earn their salaries,” Adedeji said.

He faulted the counter affidavit the ICPC filed against his clients’ application and also prayed the court to disregard it.

Responding, ICPC’s lawyer, Osuobeni Akponimisingha urged the court to refuse the application by the Momohs, on the grounds that they were confusing issues.

Akponimisingha was of the view that the applicants were in disobedience of the court’s order and ought to be granted audience.

He argued that they were yet to comply with an earlier order of the court, directing them to show cause why the interim order of forfeiture should not be made permanent.

He contended that the property and cash, in respect of which the current order was obtained, were different from the ones on which the judgement by Justice Nyako related.

“The charge before the Federal High Court was not filed as a result of the application they filed, but because it became necessary and based on available evidence and progress in investigation.

“The order earlier made by this court in 2017 relate to different issues. The issues were about movable assets of the applicants in a different accounts.

“This order made on October 25, 2019 are in respect of new facts and developments, not related to Ecobank covered in the last proceedings. This one (order) relates to Stanbic IBPC, UBA, etc,” Akponimisingha said.

Justice Adeniyi has reserved ruling and told parties that they will be informed when a date is set for the court’s decision.