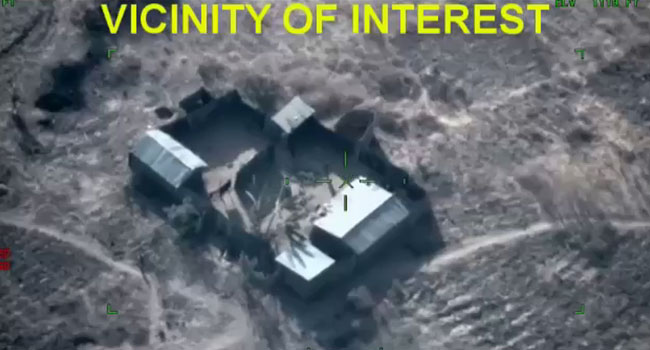 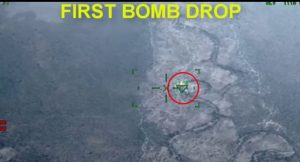 In the statement attached to the photograph,  Air Commodore Ibikunle Daramola said the attack was precision on Alafa ‘C’ in Sambisa Forest in Borno State. 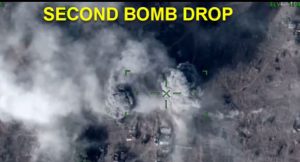 He said the action followed sustained onslaught by the Operation Decisive Edge of the Force against the terrorists. 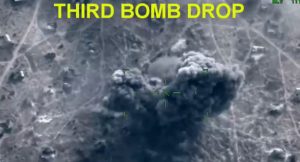 Daramola explained that the attack was carried out based on “confirmatory Intelligence Surveillance and Reconnaissance (ISR) missions which established that several compounds in the settlement were being used by the terrorists to house and train their fighters.”

“The bomb strikes and rocket salvos from the ATF’s fighter jets hit the designated compounds, obliterating most of the structures and neutralizing some of the BHT occupants.”