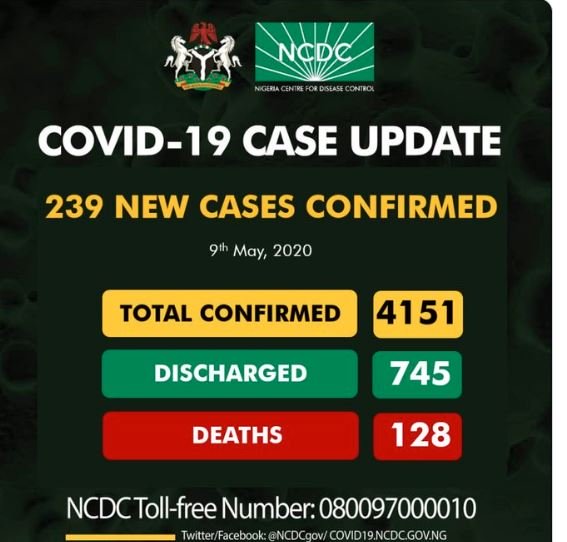 Nigeria has recorded 239 new COVID-19 cases, thereby increasing the total number of infections in the country to 4,151 cases.

The NCDC while announcing via its official Twitter handle on Saturday night, said that 97 new cases were recorded in Lagos, 44 in Bauchi, 29 in Kano, 19 in Katsina State, and seven in the Federal Capital Territory.

The tweet further revealed that six cases were recorded in Kwara State, five in Oyo State, three Kaduna and Sokoto State, two in Adamawa, Kebbi, Plateau and Ogun State and one case in Ekiti State.

As at now, 4151 persons have tested positive for COVID-19 in Nigeria with 745 patients discharged and 128 deaths recorded

Coronavirus: Breastfeeding ‘for a healthier planet’