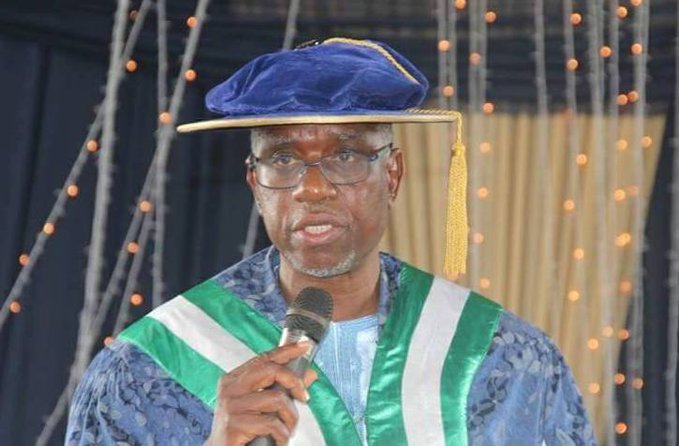 The National Universities Commission (NUC) has said that Nigerian universities have about 100 fake professors.

Professor Rasheed made the disclosure at the annual retreats for Vice-Chancellors of all universities in the country which held between October 28 and November 5 at the NUC Headquarters in Abuja.

He explained that the fake professors’ details were posted on the commission’s website, forcing it to send the names to the various universities for verification.

The NUC scribe urged the vice-chancellors to delegate desk officers to check the list of professors in their respective universities before uploading the same on the provided website.

He, however, commended them for their cooperation with the NUC Strategy Advisory Committee (STRADVCOM) which published the Directory of Full Professors in the Nigeria University System (NUS and Statistical Digest of the NUS 2017-2018, among others.

Professor Rasheed announced that the updated version of those documents would be published by December 2019, adding that the essence was to make the NUS very visible both locally and internationally.

He gave assurance that the statistical digest would be updated every first quarter of the year.

Stressing that the fight against fake professors was a collective responsibility, he asked the vice-chancellors to make sure they have accurate statistics of staff, students, and other components in their respective universities off-hand.

He revealed that a lot of anomalies were found in private universities, including the issue of someone who had barely taught for two years being awarded professorship.

Consequently, the NUC scribe appealed to the vice-chancellors to notify the commission about any fake professor in their respective universities and their environs.

He thanked them for compelling professors in the irrespective universities to upload their curricula vitae on the website which was used in the compilation of the directory of full professors in the Nigeria University System (NUS) and had helped in identifying the fake professors.

The retreat was organised in three separate meetings with federal, state and private universities’ vice-chancellors respectively.

It was aimed at rubbing minds with the university bosses on their responsibilities in the NUS, as well as discussing their challenges with a view to addressing and finding solutions to them.