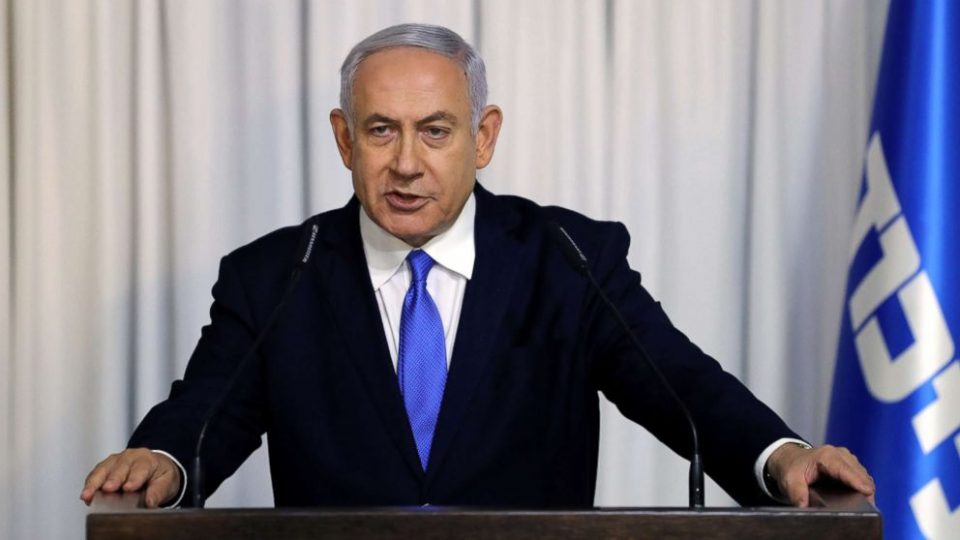 The current fighting in Israel is different. It was not sparked by a suicide bomber from Gaza, Mahmoud Abbas’s Palestinian Authority or an Arab state. Hamas did not decide to test its rocket capability with a random attack.

No, this time the cause is the long smouldering fuse of discontent by the Palestinian’s living inside Israel. And because the roots are internal, the problem is even more intractable and dangerous.

Not all the Palestinians fled Israel during the 1947-1948 war of independence. Some of them simply refused to go. Some actually savoured the thought of living in a democratic country. The descendants of these stay-at-homes now comprise 20 per cent of Israel’s population.

For the first years of Israel’s existence the two communities—Arab and Jewish—rubbed along together reasonably well despite Israel being declared a Jewish state with the right of abode to every member of the global Jewish diaspora. But the annexation of the West Bank in 1967 and a succession of right-wing Likud governments supported in coalition by even more conservative Orthodox Jewish parties have gradually changed circumstances.

The Orthodox parties are determined that Israel should be the home for Jews—ONLY. And they have been gradually whittling away at the rights and conditions of Palestinians in Israel to make living conditions unbearable so they are “encouraged” to move. So much so that Human Rights Watch recently published a report accusing the Israeli government of apartheid, which, since international conventions accepted in 1973 and 1998, is a crime against humanity. Unsurprisingly, the Israeli government has vehemently denied the accusation.

To understand the problems of Palestinians in Israel you need to discuss them in the context of three geographic communities: The West Bank, East Jerusalem and Palestinians living in territories which were part of Israel before the 1967 war. Different laws and restrictions apply to each.

West Bank Palestinians are the worst off. They live inland captured by Israel in the 1967 war. The international community has deemed this land “Occupied Territories” and considers Jewish settlements illegal. The Israeli government is determined to ignore international law and annex the land.

To facilitate annexation, the Israeli government makes life as difficult as possible for the 2.6 million West Bank Palestinians. Other Palestinians are largely barred from entering the West Bank. They are denied basic rights such as freedom of assembly. Moving to other parts of Israel is prohibited and the prohibition is enforced by the military. Building permits are strictly limited and many of the villages have only rudimentary services such as roads, sewage, water and electricity. The opposite applies to internationally illegal Jewish settlements.

Palestinians in East Jerusalem—which includes large slices of the old walled city—are better off even though they too were the result of spoils of the ‘67 war. There are restrictions on moving home and/or selling the property. But perhaps the most important restriction is that Palestinian residents are not citizens. They are officially residents with the same rights as a foreign resident in most countries. This residency right can be revoked by the authorities at any time—and has been. There is a path to citizenship, but the authorities rarely grant it.

The only Palestinians who can vote in Israeli elections are those descended from families that remained in Israel after the 1947-48 War of Independence. But there are some exceptions to this rule. In the Negev Desert, there are 35 Palestinian villages that officially do not exist. They are on no maps and they receive no utility services. Throughout Israel, Palestinians are banned from family reunifications with Palestinians living elsewhere in the world or from marrying Palestinians outside Israel if they plan to live in Israel. If they leave Israel for any period of time they cannot return. There are separate schools for the two communities. Jewish schools receive more money and are superior.

The intention of “Judaising” Israel was underscored in 2018 when the Knesset passed a law affirming Israel as the “Nation-State of the Jewish People” and declared that within the territory of Israel, the right to self-determination “is unique to the Jewish people.” There are 50 laws that privilege Jews over Arabs.

The situation started to climb towards its current climax when the Supreme Court postponed a ruling on the possible eviction of Palestinian families in the Sheikh Jarrah neighbourhood of East Jerusalem. Fuel was added to the tensions generated by the court case by a provocative march of tens of thousands of Jerusalem Jews celebrating “Jerusalem Day”—the anniversary of the capture of East Jerusalem in the ‘67 war.

Finally, came the clash at Jerusalem’s Damascus Gate. The square inside the gate is a traditional gathering point for Arabs because of its proximity the Al Aqsa Mosque and the Dome of the Rock. It is particularly popular during Ramadan when Muslim families gather to break their fast at sunset. An inexperienced chief of police was concerned that the nightly gatherings would lead to violence and erected barricades, thus guaranteeing the unintended outcome. The ensuing violence quickly spread to the Muslim holy sites on Temple Mount. Israeli troops moved in with tear gas and rubber bullets.

Then, and only then, did Hamas, decide to exploit the situation by launching rocket attacks.

Cheney and tump—Round one to the Cult of Trump v. the traditional Republican Party. The ousting of Congresswoman Liz Cheney from the number three spot in the Republican ranks appears to be a victory for Trumpists and supporters of the stolen election “Big Lie.” Or is it? It is true that 70 percent of Republicans believe Trump won the election despite the fact that every court and election official (including Trump’s own appointees) rejected the former president’s claim. It is also true that Republican Party grandees such as Lindsey Graham and Ted Cruz are four-square behind the Big Lie. But, by alienating Liz Cheney, the forever Trumpers have created a formidable opponent who has dedicated herself to the maintenance of the rule of law, the US constitution and ensuring that Donald J. Trump or his ilk never occupies the White House again. And she is one tough lady with impeccable traditional party credentials. For a start, Congresswoman Cheney comes from Republican royalty.  Her father was George Dubya’s arch-conservative vice president. And there is no doubt about Ms Cheney’s own conservative credentials. She is a right-wing anti-environment, pro-business neo-conservative with a pro-military stance. She supported Trump on many issues. But she has made clear that attempting to subvert the constitution and the rule of law puts Donald J. Trump well beyond the pale. She is a woman with whom the Cult of Trump—if they had any sense—should not want to tangle.

The ransomware attack which caused fuel chaos and closed down an oil pipeline which stretched from Texas to New Jersey originated in Russia, according to the FBI. President Biden is not as certain, but he is certain that Putin’s Russia used cyber warfare to interfere in the 2016 and 2020 presidential elections and that Russia is either sponsoring cybercriminal attacks on Western targets, allowing its territory to be used by cybercriminals or simply turning a blind eye to ransomware activities which have doubled in the past year. Putin, of course, denies everything. But then he is well-practised in the art of denial. There are, for instance, no Russian troops in Eastern Ukraine and Alexei Navalny must have mixed us own near-fatal novichok cocktail.

They have done it again. The dailies (or should I say 24/7s) get much worse British media have largely missed an earth-shattering threat to the British constitution in this week’s Queen’s Speech. The speech, by the way, is an annual occasion in which Her Majesty Queen Elizabeth II travels to parliament to read a speech written for her by the Prime Minister. The short address outlines the government’s legislative plans for the coming year.  This year there was lots about recovering from the pandemic, investment in green technology, voter IDs, promoting the union and “levelling up” the different regions of the UK. All quite important, sexy, and easily understood and communicated topics which the media reported ad nauseum. The journalistic equivalent of low-hanging fruit. But little was reported about a nicely buried throwaway line– Her Majesty’s Government “will restore the balance of power between the executive, legislature and courts.” These 12 words can have a dramatic long-term effect on every piece of past, present and future legislation.  Based on recent performance and statements, Boris Johnson’s government wants to increase the power of the executive (which means the prime minister) at the expense of parliament and the courts. This is a major constitutional change that needs proper debate. It isn’t getting it—yet.

Britain’s overseas aid programme is not the world’s largest. But it has a reputation for being the most efficient and effective. This is because it carefully targets its contributions so that British cash has the biggest impact in specific areas, especially in the realm of public health. The downside is that the Conservative government’s proposed cuts in aid will have a disproportionately negative impact compared to other donor countries. This is made clear in a letter sent to Prime Minister Boris Johnson this week by Action for Global Health, which represents a number of health charities in Britain and other countries. The charity says that the decision to cut global health spending by 40 per cent during a pandemic is “unfathomable…and will result in decade’s long, catastrophic rollback on a myriad of health issues to which the UK has previously contributed so significantly and laudably.” Specifically, Action for Global Health wrote that the Johnson government’s actions would result in a 60-70 percent reduction in global funds available to programmes to reduce childbirth deaths globally; a 90 percent reduction in funds available for programmes to fight AIDS, tuberculosis and malaria in tropical countries and an 80 per cent cut in programmes to improve public health and health education for girls. All of these programmes help to keep at bay the current pandemic and possible future ones. And, as we now know, disease knows no boundaries.

France is a secular country. It says so in Article One of the constitution of the Fifth Republic. The Catholic Church was stripped of many of its rights in the French Revolution in 1789 and then in 1905, the National Assembly passed a law (laicite) effectively making secularism the state religion, although the constitution is also keen to point that there is freedom of religion in France. This leads to conflicting positions which are outlined by another constitutional clause (Article 10) which says “no one should be worried about his opinions, even religious, provided that the manifestation does not disturb the public order established by law.” Clearly murdering someone for acting contrary to Sharia law is disturbing “the public order established by law.” But what about actions that provoke the adherents of non-Christian religions? What about the wearing of the burka, nijab, turban or Christian cross? Macron is trying to tread a middle course, and like most who take such a path is being attacked by those on either side of it—at home and abroad. Pakistan and Turkey are leading the foreign charge. There have been a number of riots and attacks in Pakistan on French citizens and the French embassy has advised French residents to “temporarily” leave Pakistan. Many Islamic countries are boycotting French products. At home, the right-wing claims that Macron has yielded too much to the Muslims. French officers (retired and serving) recently signed a pair of letters accusing Macron of creating conditions for a civil war and warning that the army is prepared to “step in.” The letters have been condemned as cowardly and near treasonable by Macron, but embraced by fast-rising right-wing opponent Marine Le Pen 12 months from the next presidential election.

Observations of an Expat: Not So Free or Fair Elections

Observations of an Expat: Banana America