Following the fall of Bayelsa and retention of Kogi, the focus is now fully on Edo state for the next major political activities.

Intriguing moments await every fan of Edo politics as it happens to be the home state of the National Chairman of APC, Adams Oshiomhole.

Now with the successful endorsement of Oshiomhole as the National chairman by the NEC of APC, it is evidently clear Edo state awaits an epic battle.

Let us look at the political crusades ahead, their strategies, propaganda and of course the reality on the ground.

In politics supporters of different political parties always bamboozle themselves in fallacies over their self bloated popularity.

From the statement of Buhari endorsing Oshiomhole’s capability of leading the party into victory to the vote of confidence passed by the national body of APC then it is evident that tough and decisive combat lies ahead.

The President in what seems like an affirmation of Oshiomhole’s leadership quality was quoted as saying.

“The crisis in Edo will soon be brought under control. I trust the National Chairman to do what HE MUST to keep Edo under APC. We have TRUSTED HIM with other states and HE DELIVERED 100%. WHY NOT EDO, HIS OWN STATE? I TRUST Adams and he has MY SUPPORT in whatever HE CHOOSES to in Edo”. 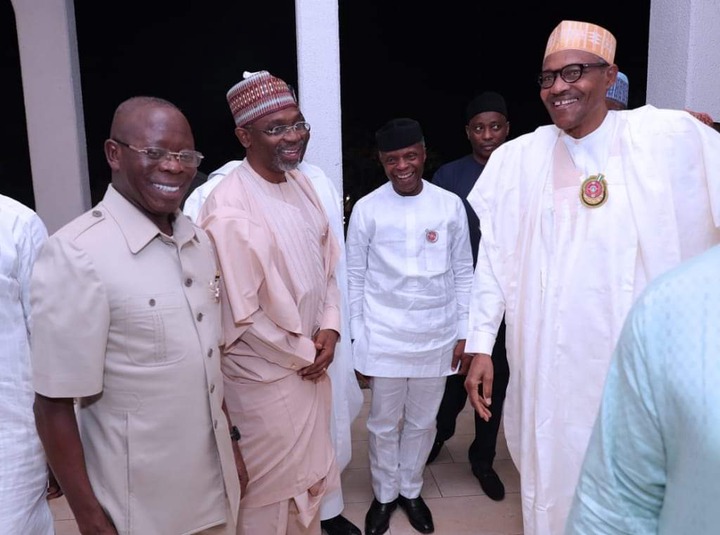 That puts the final nail on the coffin as regards the presidency support for Adams Oshiomhole.

The intriguing part of the whole drama is the drafting of Pastor Osagie Ize Iyamu to battle the party ticket with Governor Godwin Obaseki.

It is an open secret that the animosity between Oshiomhole and Obaseki is at its climax with both parties striking at each other fist for fist, power for power, thuggery for thuggery, honestly, the battle line has since been drawn fiercely.

Already the social media space has been agog over claims and counterclaims over who controls the authentic leadership of the APC.

With recent development, Oshiomhole has taken full control of the structures of the APC in the state with Obaseki holding on to the local structure in wards and the state executive. 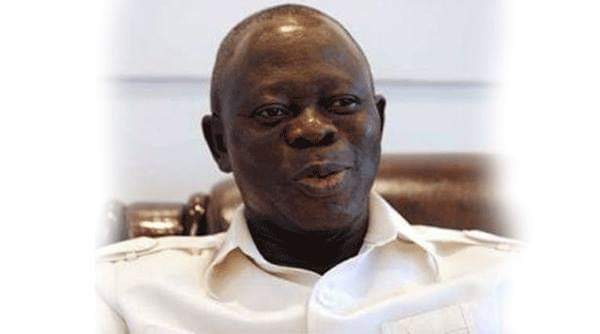 Already the Adams Oshiomhole led faction has thwarted the Anslem Ojezua state executive of the party.

According to supporters of Obaseki, the Governor is in total control and sure to win the party primaries.

They claim Oshiomhole has lost control of the party apparatchik.

While the Oshiomhole camp accuses Obaseki of secretly securing PDP’s governorship ticket with a proxy and is only waiting for the right time to throw the fatal punch.

They accuse Obaseki of instigating and frustrating out party faithful in PDP in order to actualize the Governor’s second term ambition under the umbrella party.

This is just a summary of what is currently ongoing in the battle for Edo 2020.

Now let’s take you to the reality on the ground different from the propaganda peddled by both camps.

Oshiomhole is in total control of APC and with last night endorsement by Buhari and the party’s NEC then Obaseki should kiss goodbye to APC ticket.

Coming days Obaseki’s suspension would be ratified and that would finally put an end to his candidacy.

With the coming of Pastor Osagie Ize-Iyamu to APC and he’s pledging of allegiance to Adams Oshiomhole ,it is clear Oshiomhole is desperate in the ousting of Obaseki and needs the services of Ize Iyamu, although it is as well rumoured that Ize Iyamu might just be a forerunner to the main candidate that is yet to come. Both indications it’s either Ize Iyamu is the anointed candidate or would emerge as the campaign DG of the anointed candidate whichever one it is that is very dangerous.

Godwin Obaseki as shown to be a dogged fighter, already this political war is seen as the greatest the state has ever witnessed ever, Obaseki with his actions and political points scored so far reality shows he would be the most formidable candidate in the Edo 2020 battle.

A reality check shows both parties are ready to deploy the most envisaged and meanest averages possible in deploying their strategies and this conflict would birth a lot of casualties politically.

Also from the political manoeuvrings from both parties, a dirty war lies ahead with propaganda for propaganda, falsehood for falsehood and marketing for marketing, indeed Edo 2020 would be the most dramatic election in recent times.

Obaseki is entering this battle with a very strong grassroots support, reality check shows the average electorate in Edo prefers Obaseki and are in support of the assault against Godfatherism as fiercely fought by the Governor. 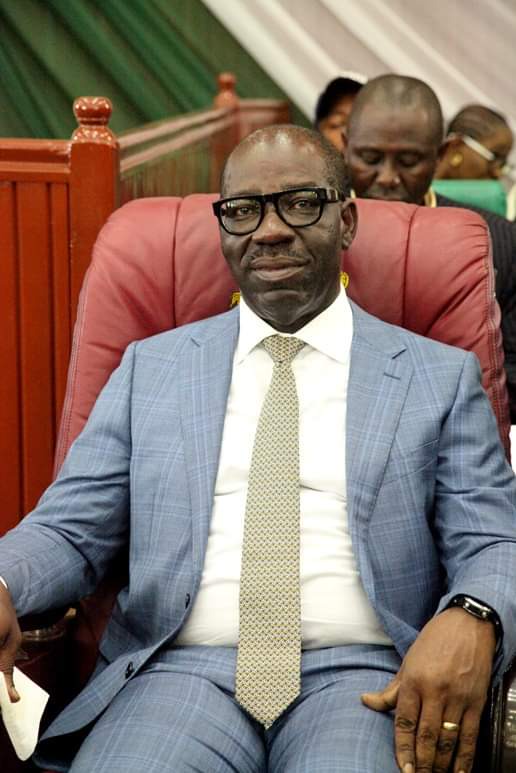 Obaseki has a chance still in APC if he gambles with an all-out dirty skirmish against Oshiomhole and turns the heat so much that the National Chairman would call for a truce.

Shake the table, fire more brimstone and thunder maybe the head may give in.

Obaseki’s alleged rift with Oshiomhole and EPM is anchored on the closing of state coffers to the cabal to loot.

Obaseki claims the state treasury is no longer open to indiscriminate sharing hence the powers that be wants him out. He claims Edo is not for sale.

Obaseki still has time on his hands, like Yahaya Bello did settle the cabal and enjoy automatic ticket.

Obaseki is a good strategist and would surely pull up surprises against Oshiomhole. He would get the PDP ticket with fewer hassles more so with the decampment of Pastor Osagie Ize Iyamu to APC the coast is clear for a smooth take over of PDP’s structures in Edo state.

1 To avoid backlash he could settle with Obaseki and enter into an agreement.

2 If he losses Edo to an opposition then is national chairmanship seat goes as well. Needs to vigorously campaign for his anointed candidate as he did for Obaseki last elections.

Oshiomhole is a grassroots campaigner.

This would hasten the battle properly and deal a fatal blow to Godwin Obaseki.

In conclusion, Obaseki needs to constitute his campaign team ASAP to start bracing up for a formidable hostility from Oshiomhole and APC forces.

He should not rely on government structure to fight this make or mar battle, Oshiomhole has the full backing of the presidency and would deploy to its full advantage. 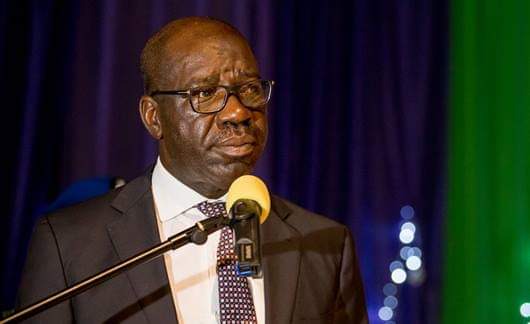 Setting up of a formidable grassroots team now would go a long way in resisting the combined forces of Adams Oshiomhole and the Presidency which reality clearly states.

Experiences from the recent Bayelsa and Kogi elections show there is no gentleman in politics and worse of all the electorates don’t care anymore they only listen to what they want to hear.

Obaseki should drop his suit and begin campaign properly, over a month ago political aides of the Governor were fired till date they have not been replaced.

Start rolling out the appointments solidify your grassroots support base, retain the loyalty you enjoy from the masses and keep your eyes on the goal, then the trial would be easier.