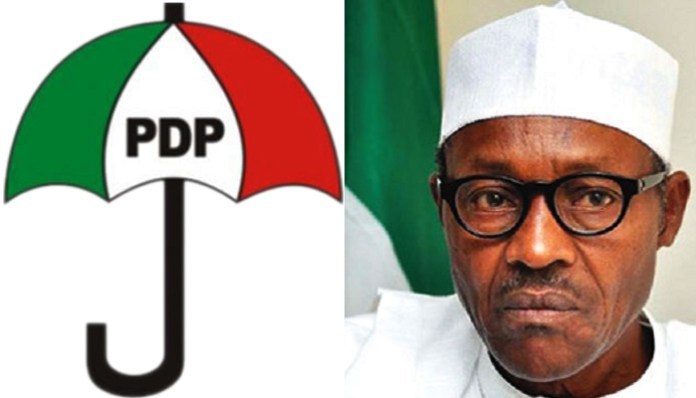 Major opposition party in Nigeria, People’s Democratic Party (PDP)  has urged the media, organised civil society, pro-democracy group and all Nigerians to resist the ongoing quest by the Senate to commence public hearing on the social media bill.

The Senate commenced its public hearing on the anti-social media bill in Abuja today.

In a statement on Monday by the spokesman for the PDP, Kola Ologbondiyan, the party accused “anti-democratic individuals in the Buhari Presidency” of pushing the bill.

PDP explained that the bill seeks to gag Nigerians, suspend citizens’ constitutional provision of free speech, and foist a dictatorial system on the country.

The party said it’s time for Nigerians to eschew all political, sectional and religious differences and stand in unity against a bill that is clearly designed “to suppress and silence the people, emasculate institutions of democracy, particularly the media, take away the constitutionally guaranteed freedom of speech of citizens and turn them into conquered people without a voice, in their own country”.

According to the statement, the bill is part of anti-democratic moves by the federal government, to further emasculate the 1999 Constitution (as amended) ostensibly as a prelude to foisting a full totalitarianism in the country, where citizens will no longer have the right to freely hold or support opinions.

PDP’s statement: “It is obvious that the reason for this bill is to suppress democratic rights and prevent Nigerians, the media, civil society groups, pro-democracy organizations, the opposition and dissenting voices from freely criticizing the atrocities, abuses, incompetence, corruption, security compromises, nepotism and general misrule that have pervaded the President Muhammadu Buhari-led administration.

“The frenzy to pass this bill further exposes the intolerance of the Buhari-led administration as well as the desperation to cover its atrocities for which it is mortally afraid of public criticisms.

“The PDP expressed worry that the Senate listed the unconstitutional and anti-people bill for second reading procedures even when Nigerians across the board had reached a consensus in rejecting the bill, given its underlying fascist intendments.

“The party holds that our nation already has appropriate laws guiding the boundaries of free speech and opinion, which the authorities can enforce within the ambits of constitutional provisions, in the case of any violation.

“Our party insists that Nigeria is a democratic state governed by the provisions of our Constitution. Our citizens will therefore not allow any attempt by anybody to foist fascist laws tailored to suppress their rights and freedom as a people.

“The PDP, therefore, urged the leadership of the National Assembly to resist all pressure from enemies of our democracy to pass this unconstitutional and anti-people bill.”

Why I Dethrone Emir Of Kano – Ganduje