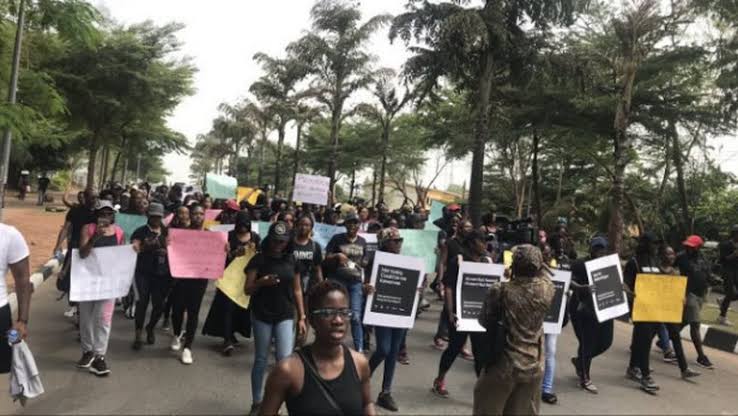 Protesters in large number have stormed the National Assembly in protest to the anti-social media bill, currently before the lawmakers.

Some of the placards carried by the protesters read: “Say no to Social Media Bill”, ” Only the Repressive Regime Muzzles the Media” and “A freedom Given up is not so easy regained”.

Our correspondent says the protest was peaceful but saw Policemen on alert, taking positions in case of break down of law and order. However, it has not affected vehicles going in and out of the National Assembly

Terrorists May Strike Suddenly In Burkina Faso, US Warns Its Citizens