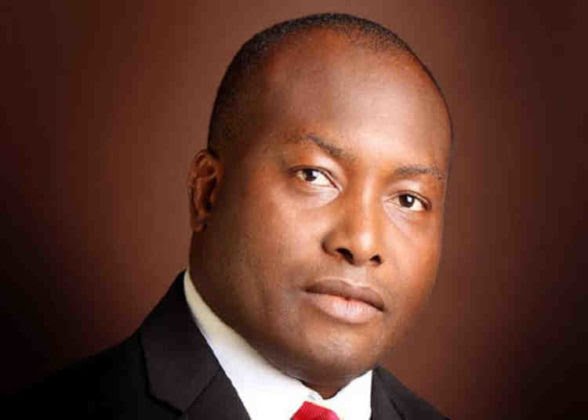 Senator Ifeanyi Ubah of the Young Peoples Party, YPP has lost his seat at the Senate to PDP over an alleged forged National Examination Council, NECO, a certificate he used to contest the senatorial election held in Anambra South on February 23, 2019.

A High Court of the Federal Capital Territory sitting at Kubwa, on Friday, declined to set-aside its judgement that nullified the election of Senator Ifeanyi Ubah of the Young Peoples Party, YPP.

The court, in a ruling by Justice Bello Kawu, re-affirmed the order it made on April 11 last year, which directed the Independent National Electoral Commission, INEC, to withdraw the Certificate of Return it issued to Ubah and issue a fresh one to Dr. Obinna Uzoh of the Peoples Democratic Party, PDP, who came 2nd at the election.

Ubah had approached the court to set aside the judgement which he insisted occasioned a grave miscarriage of justice against him.

He decried that he was neither served with the court processes nor hearing notice with respect to the suit before the court proceeded to deliver the judgement against him.

Following his application for stay of execution, Justice Kawu, on December 4, restrained the Senate President from swearing-in Uzoh, pending the hearing and determination of the motion challenging the verdict.

The court equally ordered all the parties, including the INEC to maintain status quo till it decides the merit in Ubah’s contention. However, in a ruling on Friday, Justice Kawu held that Senator Ubah’s application to vacate its judgement lacked merit and accordingly dismissed it.

It equally dismissed a motion another claimant to the PDP senatorial ticket, Chief Chris Uba, filed to be joined as an interested party in the substantive suit marked CV/3044/2018, which was filed before the court by an electorate in the state, Mr Anani Chuka.

Buhari In Meeting With Security Chiefs

Equinix to Expand into Africa with Acquisition of MainOne