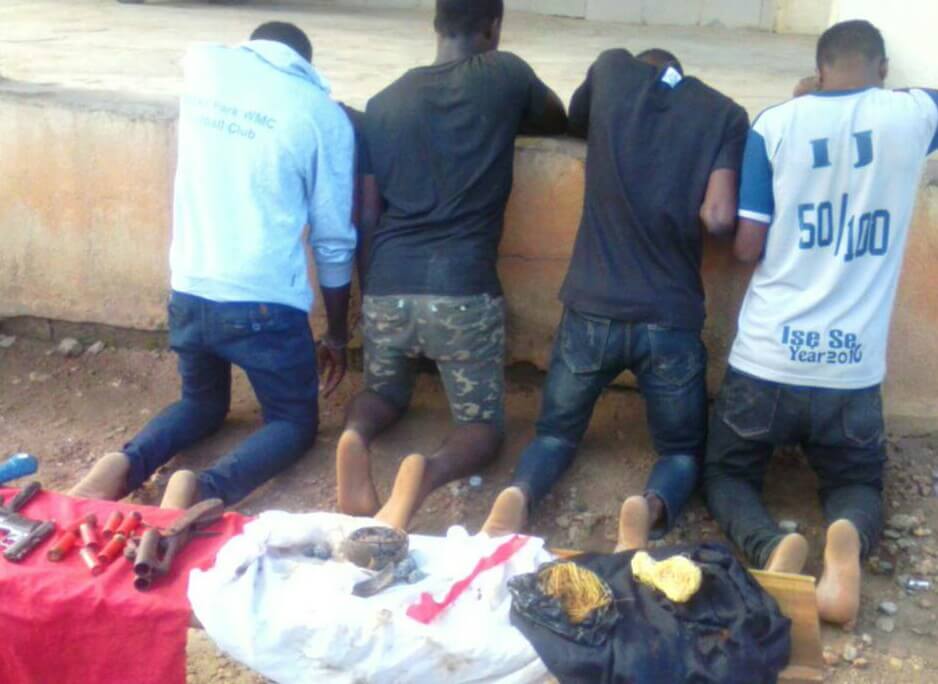 But for the timely intervention of the Nigerian Police, six men suspected to be ritualists would have been lynched by the community of Shogunle, Lagos State when the suspects were dragging passersby away.

Eyewitnesses said they were caught while trying to drag a street sweeper into the drainage.

The woman’s shout for help attracted passersby and street boys in Shogunle to the scene.

They quickly mobilised to save the woman. Before they got to the scene, the suspected ritualists ran away through the drainage.

They were brought out, beaten before handed over to the police.

The boys insisted that some of them were still inside the drainage. They chase them from Shogunle and caught two of them at Ladipo Bus Stop.

They were handed over to the military men after beaten and stripped naked.