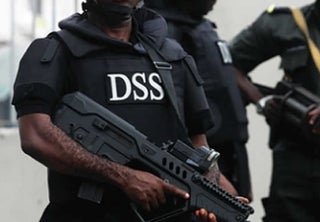 Both elder statesmen said the Bar and the Bench, as well as the media, must move swiftly to rescue the nation from further sliding into dictatorship and near anarchy.

There was a commotion in the Abuja courtroom last Friday when DSS officers attempted to arrest Sowore after the court adjourned the trial.

The DSS acquiesced to release the activist, who has been in custody for months, despite being granted bail by the court.

Though the spokesman of the DSS, Dr Peter Afunanya, denied the personnel re-arrested Sowore inside the courtroom, the incident evoked public anger, with some groups and individuals describing the action as the desecration of the court.

Contacted by the Nigerian Tribune for his comment on the Friday’s episode at the Abuja court, Yakassai said if the story was true as reported in the media, it signified a bad omen for the struggle to establish true democracy and the rule of law in Nigeria.

He challenged the judiciary, including the Nigerian Bar Association (NBA) to quickly rise to the occasion in order to preserve democracy and the country.

He said the impunity had persisted because similar abuses of power were not challenged by the bar and the Bench.

“If the people in authority shall continue to treat judiciary and its officials with disdain and contempt without any consequences, the future of democracy and the rule of law in Nigeria and national stability shall be in serious danger of termination.

“We still remember the invasion of the houses of the court judges, including Justices of the Court of Appeal and Supreme Court by people who claimed to be members of the DSS,” Yakassai stated.

He claimed that such “acts of lawless” evidenced in the refusal of the Federal Government to uphold the sanctity of the Nigerian Constitution had persisted, buttressing his position with a number of instances.

“The Nigerian Bar Association (NBA) and the judiciary must assert their authority and independence to put a stop to such acts of lawlessness.

“The case of the Federal Government’s refusal some years ago to release statutory revenue allocated to the local government councils in Lagos State with impunity and the judiciary did not come to the rescue of the local governments in that state is still fresh in our memory.

“We still live with the refusal of those in authority to respect court orders in respect of bail applications filed on behalf of Sambo Dasuki and Sheikh Ibrahim El-Zazzaki and granted by various courts of competent jurisdictions,” he stressed.

He said the current threat to democracy and order in the country deserver all seriousness from critical stakeholders, including the media before it was too late.

“It is a matter for regret that the media and other institutions responsible for the defence of freedom and democracy in Nigeria do not take their duties of defending the rule of law with the seriousness the issue deserved.

“This is very dangerous for the peace, order and stability in the country. If people and institutions that are supposed to play pivotal roles in defence of democracy and the rule of law are shirking away from this vital role the drift to dictatorship and anarchy in this country will be the outcome of such dereliction of responsibility. I hope the nation will rise to the occasion before it becomes too late,” Yakassai stated.

Also enraged by the action of the DSS personnel, Dr Ezeife said the development implied that Nigeria had sunk deeper into the season of impunity.

He said Nigerians should rest their hope for divine intervention since the man had failed the nation.

“There is nothing left. Impunity is now the norm and the norm is impunity, I cry to our God in heaven. Man has failed totally in Nigeria, God never fails,” the former governor said.