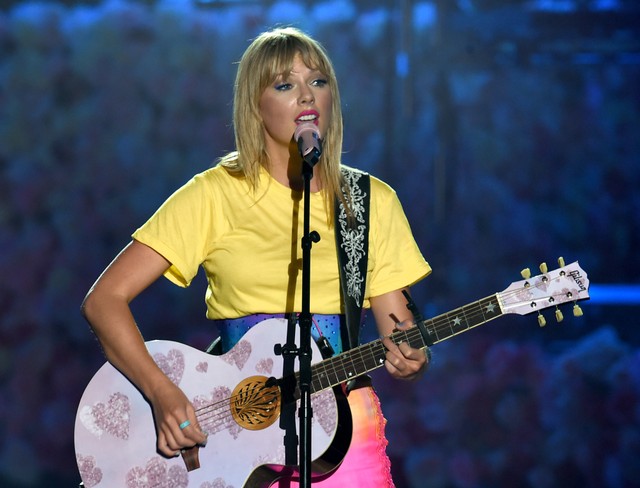 Taylor Swift topped the Forbes list of highest-earning musicians for the second time in five years, with 2019 earnings of $185 million. Kanye West came in second with $150 million.

So how have the singers the world knows is duking it out on the excel sheets away from the billboards? Here’s how they currently rank in 2019.

Tylor Swift was born in Wyomissing, Pennsylvania on December 13, 1989. She loved to sing as a young girl and was singing karaoke locally at the age of 10.

The singer and songwriter is known for narrative songs about her personal life, which has received widespread media coverage.

At age 14, she became the youngest artist signed by the Sony/ATV Music publishing house and, at 15, she signed with label Big Machine Records. She has sung songs such as “You need to calm down’’ “Love story’’ “All too well’’ and “Gorgeous’’.

She tops the list a second time in five years with earnings of $185 million.

After his parents divorced when he was three years old he moved with his mother to Chicago, Illinois.

His music has covered a wide range of styles which include baroque pop, gospel, indie rock, hip hop and many others. Kanye West stays on with $150 million.

3: Ed Sheeran Ed Sheeran was born on February 17, 1991, in Halifax, West Yorkshire, in the United Kingdom.

When he was young, he began playing guitar, as a musical talent. When he was 11, Sheeran met singer-songwriter Damien Rice backstage at one of Rice’s shows, and the young musician found added inspiration.

At the age of 14, Ed Sheeran took his guitar, packed some clothes, and headed to London to officially start his music career and see where it can take him too.

He has an older brother Mathew Sheeran and also a big friend to Taylor Swift. He was won 97 awards of music album.

Ed Sheeran songs include “Heart don’t break around’’, “Perfect’’, “Galway Girl’’  and “Homeless’’ and many others.

4: The Eagles The Eagles are an American rock band formed in Los Angeles in 1971.

The Eagle has sang the country biggest hits such as  “Hotel California” “Take it Easy” “LYynin Eyes”, “Peaceful  Eyes”,” Peaceful Easy Feeling”, “Life in the Fast Lane” and many others.

The Eagles were the popular American bands of  70’s. The Eagles weigh in at Number 4 with $100 million.

He discovered his passion for music at an early age and taught himself how to play the piano when he was only four years old. Elton Hercules John is an English singer, songwriter, pianist, and composer.

He has worked with lyricist Bernie Taupin since 1967; they have collaborated on more than 30 albums.

John has sold more than 300 million records, making him one of the world’s best-selling music artists. Elton john songs include “Nikita’’ “Crocodile Rock’’ “Can you feel the love tonight’’ and many others.

He stands on the list with $84 million earnings. 6: Jay-Z Shawn Corey Carter, known professionally as Jay-Z, is an American rapper, songwriter, producer, entrepreneur, and record executive.

He is regarded as one of the greatest rappers of all time. He was born on 4 December 1969 (age 50 years), Brooklyn, New York, United States of America.

He is married to Beyoncé and they have three children Blue Ivy Carter, Rumi Carter, Sir Carter. Jay-Z earned $81 million to stay on the list.

7: Beyoncé Beyoncé Giselle Knowles-Carter is an American singer, songwriter, and actress. Born and raised in Houston, Texas, Beyoncé performed in various singing and dancing competitions as a child.

She rose to fame in the late 1990s as the lead singer of Destiny’s Child, one of the best-selling girl groups in history.

She is the wife of the American rapper Jay-Z and she has sung songs which include “Formation’’ “Halo’’, “Drunk in love’’.

She stays on the list just like her husband, with $81 million too. 8: Drake  Aubrey Drake Graham is a Canadian rapper, singer, songwriter, record producer, actor, and businessman.

Drake gained recognition as an actor on the teen drama television series Degrassi: The Next Generation in the early 2000s. He was born on 24 October 1986, Toronto, Canada. He has a daughter Adonis Graham.

He stays on the Forbes list with $70 million. 10: Metallica Metallica is an American heavy metal band.

The band was formed in 1981 in Los Angeles, California by drummer Lars Ulrich and vocalist/guitarist James Hetfield, and has been based in San Francisco, California for most of its career.