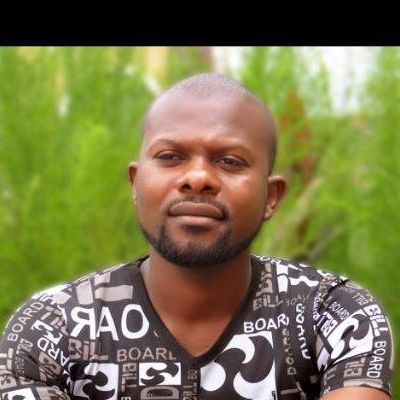 BY IKECHUKWU AGADA
William Shakespeare is neither a Nigerian nor a native of Edo State but he hat it right when he put the following words into the mouth of Prince Hamlet: “We defy augury.
There is divine providence in the fall of a sparrow.”  And also is the lot of Adams Oshiomhole, the National Chairman of APC, a member of the league of godfathers of Nigeria.
He defied the augury of lasting influence and control (Like the Lion who does not live in the jungle) and has fallen into ridicule.
The Fulani intelligentsias have calibrated the most fragile sloppy political law for all heavyweight champions whose eyes are fixed on the 2023 goal post. The law is unwritten and it’s a mind game.
With the economy taken, security gone, the media becomes the battlefield knowing full well it is controlled by the South (in the hands of some contenders) and a pertinent missile for political victory.
They understand all the tricks of the trade like the back of their hands and invent many new ones their rivals never see coming.
With many boast loud and long about playing the game of politics, they create new game for them to play.
They have mastered the political craft like chess game designed to box opponents into a corner by slowly and steadily clipping their wings.
In other words, it is no coincidence that the dead and buried “Social Media Bill” of the last National Assembly reared its ugly head again.
Every student of Nigerian politics should be good at spotting pattern which is the ultimate weapon of the sloppy law framers. To use a cliché, “the rest is history”.
Records are made to be broken, so goes the saying. What the speaker fails to add is that the statement rings hollow when applied to the arena of politics in Nigeria.
Those who make the loudest noise are useful tools for the battlefields. But the diplomatic missions, the level headed and reserved are most sought after.
2023 interest has put the wailers, the plotters and the decision-makers on a meal table.
The Social Media Bill is the biggest joke ever cracked in the history of Nigerian politics. The idea is a joke, passing first reading is a bigger joke then defending the bill is 2023 politics taken to the extremes.
It defies logic that a government laced with Renowned Pressmen and rode to power via the instrumentality of the media (Electronic, print and new media) would suddenly change the goal post in the middle of the game.
The bill is a duplication of the Cybercrime Act that has the hate speech aspect in it. Section 4 subsection 2 of the Cybercrime Act has almost the same wordings with the bill.
Fake news is bad, hate speech is condemnable but awarding the defaulters with capital punishment like death by hanging is a hug to fascism.
It is also digital totalitarianism and tyranny at its peak in a country where many who are indicted of corruption are treated like sacred cows.
READ ALSO: How Egyptian TV News Report Alleges Turkey Behind Boko Haram Weaponry
Death by hanging at a time the world is moving away from capital punishment is retrogressive governance. The bill is designed to silence criticism of the authorities via social media interventions.
It is a well thought out graph plotted to criminalise dissenting voices. Even the government is not free from the bill.
What parameters would be used to determine hate speech? What of those that throw hate speech at the market place using native languages?
What of purveyors of fake news and hate speech who live abroad? These are some of the questions begging for answers.
In a nation where corruption reigns supreme, creating hate speech agency is a waste of resources as their job description will be laughable.
Some civilized nations like UK, Canada, France, Netherland, etc, have Hate Speech Law but not punishable with capital reward.
The Nigerian information and communication agencies need to bring stakeholders on the table to discuss the best ways to handle the menace of fake news and hate speech.
A lot of work should be put in the areas of sensitization, workshops, seminars on the distinction between free speech and hate speech to discourage disinformation and misinformation of the public.
The Federal Government should put more efforts in the protection of Human Rights. The National Human Rights Commission should be properly funded to function effectively.
Rule of Law should be obeyed at all times since it is fundamental to the independence of the judiciary and enforcement of Human Rights.
It should be noted that disobedience to the rule of law is the worse form of hate speech. It is also hated speech to ridicule Nigeria before the world.
Hate speech flows from hate action. Oftentimes, unemployment, bad governance, insecurity, poverty provoke hate speech. Nigeria does not need the Hate Speech Law, therefore, the bill should not pass second reading.
The National Assembly should enact laws that will facilitate good governance and better welfare for Nigerians.
As the clock of the years prepares to strike 60 for Nigeria, the world expect a boom in her economy, massive job creation, good standard of living for her citizenry, reduced insecurity, standard electoral reforms and corrupt-free system.
This global expectation is the core.

El-Rufai Bans Use of Schools For Social Events, Weddings, Entertainment

Novena University Extends Admission Opportunities To These Sets Of Students