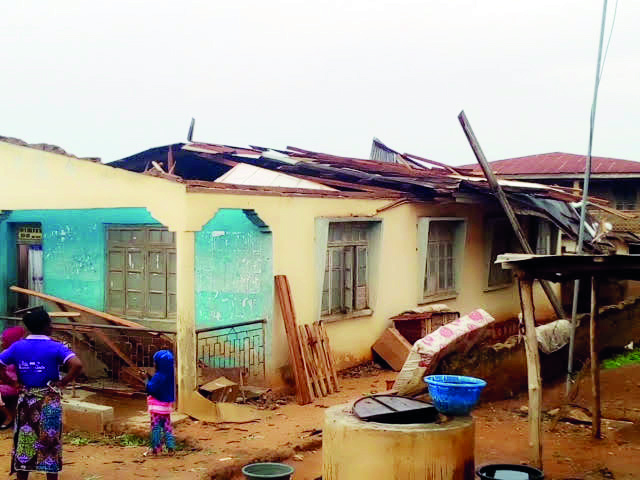 Just a singular rainstorm that lasted for 30 minutes has destroyed well over 70 houses at Oke-Igbo, Ile-Oluji local government area of Ondo State.

The devastating effects of the storm also include the destruction of electric polls,  a primary school and three churches.

In his reaction, the Baale of Oke-Jege, Ebenezer Akinboladun, said he and his family were scared as the storm was accompanied by thunder.

He urged the state government to assist the homeless people who had suffered devastating great loss as a result of the thunderstorm on their building.

The Headteacher lamented that her school was completely destroyed, adding that the government should urgent intervention before the resumption of academic studies.

On his part, the Olu of Oke-Igbo, Oba Lawrence Oluwole Babajide, said his people need support from the government to get back to their lives.