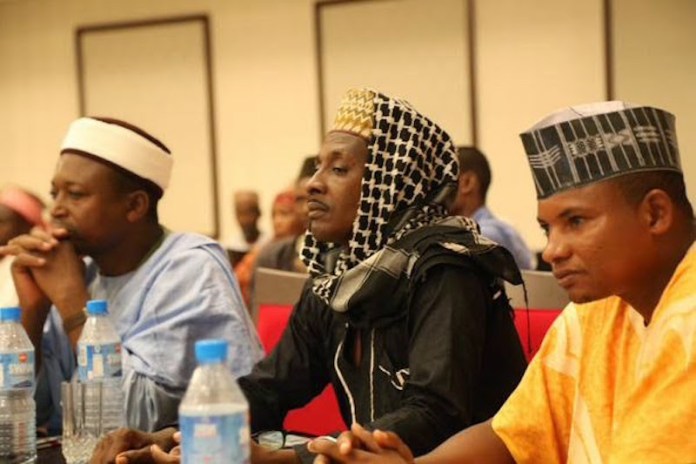 The 5th of August will remain a memorable day till time fades into eternity. Yesterday was one. It was my birthday and my most precious life’s gifts; family and friends didn’t fail to spring their surprises. It started with my wife and children, and friends followed suit.

They succeeded in altering my schedule for the day. It was an open house. People from all walks of life were coming and leaving, old schoolmates were not left out. I was stuck at home till dusk. A tired me was heading for my room to retire for the day when Samuel my son accosted me; Dad! I turned, “I am off to church for rehearsal sir”, he said. I was either too trusting or tired to probe. A good night was my response as I made for my room.

At dawn, our online devotion, Word For Today started at 6:00 AM, the tradition is for every member of our family to join, particularly when they are away from home.

Samuel should have, but he didn’t. Minutes after the devotional ended, my wife heard a sound from our gate and believed it must be Samuel. She turned to me and asked me to call out the sister to go and open the gate for him. But, I got out of bed to go attend to the gate. It is my tradition to see them whenever they sleep out except if I am not aware. I got to the gate to realize it was an imagination of a mother’s heart for no one was at the gate.

I had barely settled back in my room when my phone rang, it was Samuel calling. I picked; “Daddy, I am at New Oko-Oba Police Station”, doing what? I inquired, “Arrested and detained Sir”, over what? I fired back. “I was in front of our church with two of my friends, one of them stopped a bike man, and I said to him, with the security situation in the Country, we must be careful with Okada riders because of Boko Haram. That was the offence my son committed.

I asked him, have you informed your Church? He said his pastor was there with him at the Police Station. I left home with my wife and got there in time to witness the extraction of statements!

Except we want to pretend about official and local intelligence reports that are available to the public. We are required to be very vigilant because of Boko Haram, which is one of the reasons His Excellency, Babajide Sanwo-Olu and the Lagos State Government banned okada in Lagos State.

Recently NSCDC issued an intelligence which reads thus; “Terrorists are planning to attack FCT, Lagos and 3 other States…

We have witnessed an attack on the Presidential Guard Brigade in Abuja that left us embarrassed as a nation, and we are today living with the threats issued by terrorists who promised to kidnap the President and Commander In Chief of the Armed Forces of the Federal Republic of Nigeria, Retired General Muhammadu Buhari. Yet this Umar of an Alhaji is brazen enough to carry himself in public like one.

Fagba, where the incident took place, in recent times has become a black spot, people are attacked and robbed there, I can cite examples, my tailor Victor, and Lawyer Barrister Segun Abioro, were both robbed at different times on the same road where my son stood to counsel his friends.

The dominant presence and unruly conduct of people like Umar from Northern Nigeria in that neighbourhood are of concern to all law-abiding citizens in the area!

The Hausa okada rider confirmed my son’s position in his statement. He said he didn’t understand what my son said in Yoruba, but he heard only the words ‘Boko Haram, and went to Fagba checkpoint and asked the police to come and arrest my son.

Samuel, did you speak Yoruba when you were talking to your friends, he said no, which his friends confirmed, apparently, the man is so poor in linguistics that he can tell English from Yoruba! Hausa and some cut and join pigin is the only way to communicate with him.

I have had reason to intervene in brewing crises between locals in my area. On one such occasion, Ismail, an okada man, came in handy, as we both discovered that the root of the crisis was the inability of the locals and the okada riders to understand one another. Ismail interpreted for the okada rider, which led to my establishing a relationship with Ismail by getting his phone number. I have had to call him at other times and he is always very responsive. Seeing the struggle the IPO was having in getting a statement from the okada man. I called Ismail, but his line didn’t connect.

At that time the antics of the mischievous system of harassment of locals by the Northern group dawned on me. I could only hope the institution of the Nigeria Police as an instrument of the Nigerian state will not be skewed against us because of our tribe in the Yoruba state of Lagos!

The Divisional Crime Officer, who was informed of the situation left without an attempt, he directed that the complainant and the accused should be kept till the Divisional Police Officer is around. The incident according to the information I read from the Okada rider’s statement happened at 5:55 AM, this time it was about 8:00 AM.

At about 11 am, my fear was confirmed when one Fulani man came in, all the police officers on duty from the gate were hailing in a manner that looked like official salutations. He asked the IPO, where is the boy? The IPO, Inspector Funmi, pointed at my son and informed him that the parents are also around. He said I am not here for his parents, let go of the Okada rider, he can’t be waiting here for DPO, and transfer this case to Area Command, when I heard him and he had an ID card hanging on him, I thought he was a senior police officer from the Area Command so, I approached him in the most charitable way a law officer of the nation should be approached. Disappointedly, he wasn’t and doesn’t deserve such respect. The Identity Card on his chest was that of Miyetti Allah. The arrogance with which he carried his impunity met his match. I sent him to Buhari if you know what I mean.

The man was later addressed as Alhaji Umar. What audacity of an ordinary citizen like myself ordering the movement of a case to the Area command and when the IPO said she was waiting for the DPO, he said tell the DPO I ordered the movement!

The aura of impunity with which he was giving orders to officers of the state was annoying and provocative!

All thanks to CP Abiodun Alabi whose responsiveness to information sent to his phone was very swift. He called to direct me on what should be done and my son was released to me on bail!

The threats issued to me by Alhaji Umar is absolutely inconsequential to me as a person, but it must be to Governor Babajide Sanwo-Olu and the Lagos State Government whose security management of Lagos to date has been top-notch. On security, no one should score his administration below average. Buhari-led Federal Government of Nigeria who has never bothered about the damage his Miyetti Allah brethren have been doing to his image and that of his administration must be concerned now!

“I am eager to go, it has been tough ruling Nigeria” – Muhammadu Buhari.

A President so frustrated by the conduct of his untamed brethren whom he can’t control nor will he allow the law to have its course should be in hurry to leave. While it’s like good radiance to bad rubbish, he should at least do the best about the memory of his exit, his case must not be; “bi oyinbo o ba lo” a su si aga” meaning one must not leave a relationship on a sour note! Our experience of his Presidency has been a sour taste. All peace-loving Nigerians must be disturbed about the threat issued by Alhaji Umar; this is the same attitude they have put up in states like Benue, Kaduna and others. If we are waiting for full-blown lawlessness to know that Boko Haram has infiltrated us in Lagos we are making a mistake.

Lawlessness, impunity, lack of respect for the law and rights of others are usually the pathfinding traits before full-blown jungle life, which is today the experience of Zamfara State, where a wanted jungle lord of the forest is conferred with a Chieftaincy title in blatant amusement of a terrified state. The Yoruba age-old saying, “Fulani ki se ewon”—Fulani can’t be locked or kept in jail—can no longer be denied. We have seen certain people among them commit all kinds of crimes and get away with them. Umar on the premises of the Nigeria Police and in the witness of officers of the Nigeria Police threatened to beat me to a pulp and care less if i die in the process. He went further to say I should dare him and step out of the police station if he would not make good on his threat. I had to wait until he had gone before I left the police station. Not for fear, but because the fool didn’t weigh his threat that it was an invitation to civil war in an extremely tense society due to the over-bearing attitude of his tribe, his slap to my face in Abule-Egba, Lagos would have been met with a reaction he was least prepared for!

As a matter of urgency, the Lagos State Government should host a town hall meeting in all communities where the arrogance of persons like him is causing his tribe the tension associated with them. With what I witnessed today, I lost my surprise as to why the Fulani tribe is stigmatized as a trouble-triggering tribe!

Pastor Sam Oluwatoye, Senior Pastor, The Lord’s Crew isn’t just a pastor, he is a father. I met him at the station and he won’t leave even when I pleaded with him too. He left only when his sheep were released. What a steward of God with Shepherd’s heart, my salute to you Sir. Thanks for the influence you are to the younger generation in and around Abule-Egba, your sacrifice of time touched the father in me and I believe God the Father is equally touched, blessings to your work and ministry.

To all Lagosians, we must not be harassed to silence, be vigilant and if nobody will listen to you, I am sure our Ambassador of Peace, Abiodun Alabi will. Just a text to him saved the day, the same number he gave out to the public. Sir, you were prompt, fair and just. The right of the bike man to justice is to lodge his complaint with the police, which of course, he did. The right of Samuel to bail in the such mischievous claim, you didn’t allow Umar to subjugate. That is effective policing.

We await Umar’s next step, and I promise to keep the court and the public updated on the impunity of a Fulani lord in Lagos.