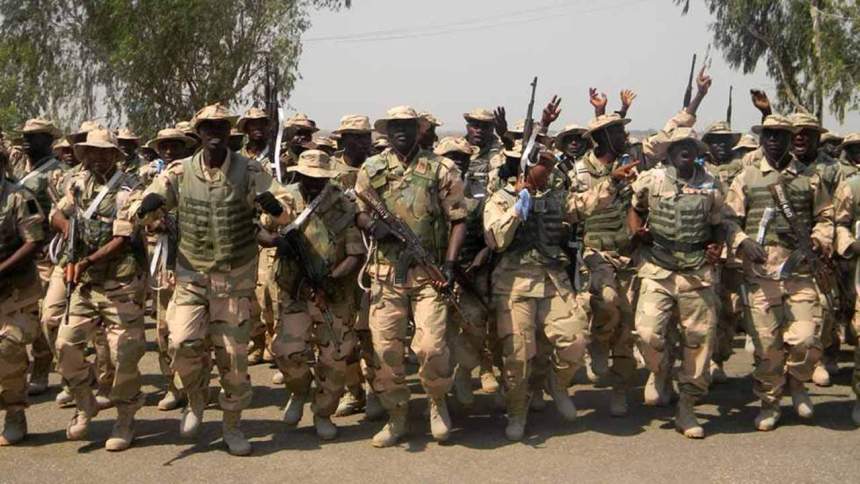 No fewer than scores of Boko Haram Commanders loyal to the Abubakar Shekau faction have been killed in a counter-attack conducted by troops of Operation Lafiya Dole following a failed attack on troops location at Banki junction, The Nation has learnt.

Those killed in the attack include Manzar Halid, Amir Abu Fatima and Nicap among others, seventy-two members of the sect were also neutralised.

“Consequently, troops of Operation LAFYA DOLE carried out a counter-attack against the terrorists on the 26th of May 2020. After the attack, human intelligence confirmed the death of some high ranking Commanders of the Abubakar Shekau’s faction of the Boko Haram terrorist’ group.

“The BHT/ISWAP Commanders that were killed include Manzar Halid, Amir Abu Fatima and Nicap among others. Additionally, Seventy-two (72) members of the sect were also neutralised. Others wounded with narrow chances of survival include some high profile Commanders and fighters namely: Abu Jamratu AL-Naweer, Kaka Bana and Tareta Babakari”.

It added that “equally, a large number of their equipment including gun trucks, motorcycles and bicycles were destroyed by troops in collaboration with the Air Task Force during BHT/ISWAP fighters withdrawal which was in disarray.

” Furthermore, credible information indicating that the BHT/ISWAP camp is in chaos and presently unable to conduct any offensive due to heavy losses. Additionally, the blockade of their spy routes, networks, crossing points and logistics supplies had further crippled the terrorists and limited their freedom of movement and action to the advantage of own troops.

“Consequently, the Chief of Army Staff congratulates the gallant troops for their resilience, courage and dedication to ending the North East security challenges. The High Command of the Armed Forces of Nigeria hereby encourages all troops of Operation LAFIYA DOLE to sustain the onslaught against the terrorists.”