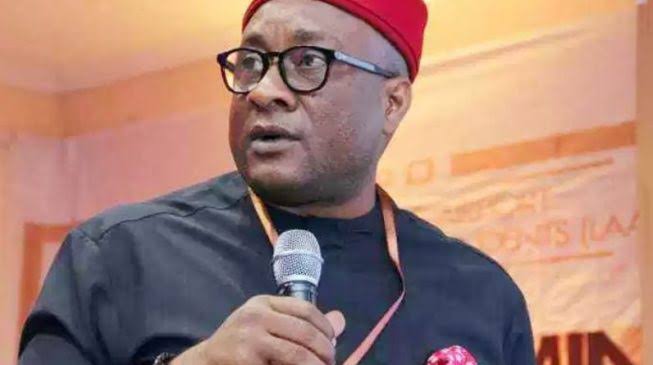 The United States authorities have frozen about $14.2 million in bank accounts linked to companies registered by Allen Onyema, the chairman of Air Peace Limited.

Mr Onyema and Ejiroghene Eghagha, Air Peace’s head of finance and administration, were recently indicted for alleged money laundering and bank fraud in the United States.

Both suspects strongly deny the allegations and said they looked forward to proving their innocence in court.

The charges were first made public by the United States Department of Justice on Friday night.

The charges said Mr Onyema used several companies he set up in the U.S. to launder funds and commit bank fraud through issuance of counterfeit letters of credit.

Some of the companies’ bank accounts in the U.S. and Canada had been frozen with their substantial balances as part of the investigation, court documents showed.

The documents showed that $4,017,852.51 was seized from JP Morgan Chase Bank account number ending in 5512 held in the name of Springfield Aviation Company, LLC.

Another $4,593,842.05 held in Bank of Montreal with account number ending 7523 in the name of Springfield Aviation Inc. was also seized.

American government also traced and seized $5,634,842.04 held in Bank of Montreal with account number ending in 515 in the name of Bluestream Aero Services, Inc.

American law enforcement authorities indicated in the charging document that efforts had commenced to secure final forfeitures of the funds.

In an earlier statement Saturday, Mr Onyema said he was innocent. “As the press statement clearly stated, these are indictment (sic) that only contains charges,” the statement said.

“I am innocent of all charges and the US government will find no dirt on me because I have never conducted business with any illegalities.

“Be rest assured that I also have my lawyers on this and these mere allegations will be refuted. I never laundered money in my life, neither have I committed bank fraud anywhere in the world.

Every Kobo I transferred to the US for aircraft purchase went through the Central Bank of Nigeria LC regime and all were used for the same purpose.

“The American companies that received the funds are still in business. I never took a penny from any US bank or Nigerian bank. I am willing to defend my innocence in the US courts,” the Air Peace CEO stated.

How 5G Can Fight Against COVID-19 – Deloitte