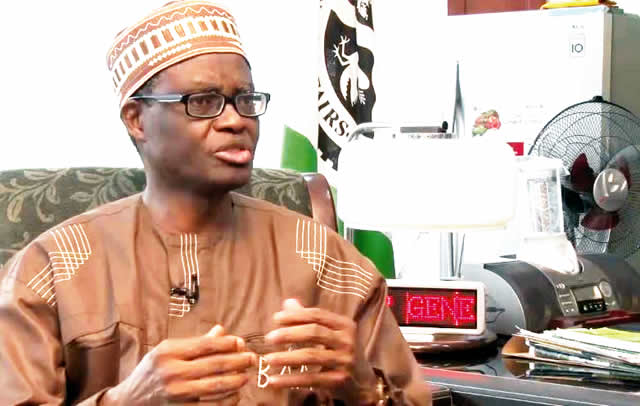 Director of Research, Abimbola Dada has said there is evidence to prove that former Director-General of Nigeria Institute for International Affairs (NIIA) Professor Bola Akinterinwa spent recklessly and abused his office.

Dada told the House Committee on Public Accounts that Prof. Akinterinwa incurred debts, from reckless spending on travels and contracts awarded without recourse to budgetary allocations or available funds.

Dada’s testimony was corroborated by the current Director-General, Prof. Bukar Bukarambe, and Director of Finance and Admin, Mrs Bridget Otoboh, who said documents required had been provided to prove the allegations

The committee is investigating the failure of Ministries, Departments and Agencies (MDAs) to submit audited accounts to the Office of the Auditor-General.

.The House of Representatives has said it would probe former Director-General of Nigeria Institute for International Affairs (NIIA) Prof. Bola Akinterinwa over allegations of reckless expenditure and abuse of office

Akinterinwa had appeared before the committee, during a status inquiry on NIIA, saying there was a system of entrenched corruption and manipulation in the accounting department. This, he said, was responsible for his failure to render audited accounts for about 10 years.

He accused a former Director of Finance and Admin, Agatha Udeh, of ‘unbridled corruption, insincerity and insubordination’, alleging that she was aided by a former Director-General, Prof. Osita Eze, and then Chairman of the Governing Council, Senator Ike Nwachukwu.

The former NIIA chief added that the institute lagged behind in submitting audited reports due to Udeh’s incompetence, adding that he had to write to the federal auditor-general to send another accountant to manage the department. He, however, said the new accountant was equally frustrated out of the place, and when he reported to the then Governing Council, the response he got was ‘Noted’.

He accused the then Governing Council of colluding with some workers to perpetuate corruption, saying his outstanding N4 million claim should be released to him.

But Dada alleged that while Prof. Akinterinwa might be a brilliant individual, he was poor in leadership due to high handedness and abuse of office. She recalled that a petition by herself, Udeh, and one other person, was the reason his tenure as director-general was not renewed after his first tenure expired in 2015.

“The reason why the institute did not pay the former director-general his outstanding claims was that he engaged in reckless spending, mostly on personal travels and tours, without recourse to government financial regulation, and as such should not be paid.”

Angola: Mitigating the Impact of COVID-19 in the Oil and Gas Sector