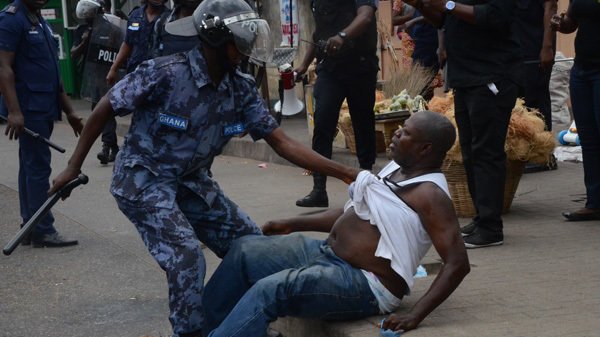 Osun State police have arrested a man named Abdullateef, a 20-year-old man.
The man was said to have raped a 10-year-old girl.
We gathered that the incident happened at Isale Alfa area in Okini Community, Osun State on Thursday.
A resident in the area who confided in our correspondent said, Abdullateef raped Adejoke (not real name) around his residence.
“On Thursday we just see that some police officer in our area arrested Abdullateef after they visited where he raped Adejoke.
The Nation gathered that the father of the victim had reported the matter in Dada Estate police station on Thursday around 4 PM before the suspect was arrested. The victim was taken to the Police Hospital Osogbo for treatment.
READ ALSO: Police Arrests Former Speaker over Rape Allegation in Nepal
The Osun State Police Public Relations Officer, Mrs Yemisi Opalola confirmed the incident to our correspondent on Sunday.
She said the Commissioner of Police has ordered a full investigation into the matter and after that, the suspect will be prosecuted in court.

How Much Ransom Did C.A.N Pay For Leader’s Release?

Rwanda Gets Additional IMF Loan Of $111.06m For COVID-19 Balance Of Payment