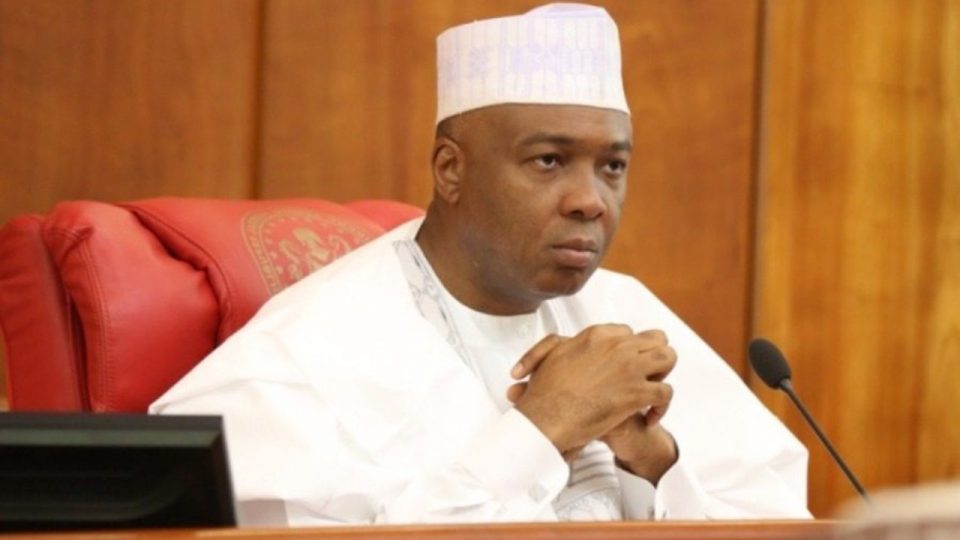 The Federal High Court sitting in Lagos has disclosed why it refused to grant the request of the Economic and Financial Crimes Commission (EFCC) to forfeit the assets of Dr Bukola Saraki.

Justice Mohammed Liman held that the Economic and Financial Crimes Commission (EFCC) provided insufficient and conflicting affidavit evidence in support of its prayer.

The judge further held that the EFCC’s documents did not establish any link showing that Kwara State government funds were used to repay Saraki’s loan.

Justice Liman noted, however, that the EFCC made “a strong showing of strange transactions” through Saraki’s statement of bank account exhibited in court.

He said the anti-graft agency needed to call witnesses to prove that the funds were proceeds of fraud.

He directed the commission to call its witnesses at the next adjourned date, to give oral evidence to resolve the matter.

The former Senate President’s counsel would also be permitted to cross-examine the witnesses.

Earlier, the judge dismissed Saraki’s preliminary objection that the fresh suit was an abuse of court processes on the grounds that it contained the same facts on which he was prosecuted before the Code of Conduct Tribunal and was discharged and acquitted up to the Supreme Court.

Justice Liman adjourned till September 29 for the EFCC to bring more evidence.

In the suit, the EFCC asked the court to order the final forfeiture to the Federal Government of Nigeria, Saraki’s properties situated at 17 & ‪17A, McDonald Road in the Ikoyi area of Lagos.

The anti-graft agency claimed that the houses were acquired with funds allegedly diverted by Saraki from the coffers of Kwara State while he was governor.

The EFCC alleged that between 2003 and 2011, Saraki “withdrew over N12bn cash from the account of the Kwara State Government and paid same into his accounts domiciled in Access and Zenith banks through one of his personal assistants,
Abdul Adama, at different intervals.”

It said the ex-governor obtained a bank loan of N1.6bn to buy the houses and later repaid the loan with money diverted from the state treasury.

FG Reveals When Schools Will Reopen Across States