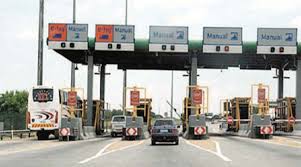 Border communities in Ogun State have begged President Muhammadu Buhari to immediately open the land borders to alleviate the suffering of Nigeria masses.

Addressing newsmen alongside eight Monarchs from different border communities, Emeritus Professor of History, Anthony Asiwaju argued that it was regrettable that the government was overblowing gains allegedly accruing from the closure while ignoring the dire plights of the entire Nigerian border communities.

According to him, curbing smuggling goes beyond border closure as it requires well thought out policy and not “such simplistic approach”.

He hinted on various hardships the people had being through since the closure of the land borders.

Asiwaju said the saddest aspect of the closure was that it had been enlarged to include banning of petrol and petroleum products in circulating within 20 kilometres of the border where the teeming masses of the affected border populations “Reside and carry out their legitimate rural economic activities”.

According to him, apart from small scale industries such as metal and woodworks, hairdressing and block making among others which had been adversely affected by the closure.

“There are a number of large scale mechanised commercial agriculture and agro-allied industrial projects, citing an over 500- hectares cassava mechanisation farm project cited at Idose village which he said had been abandoned by the owner because of lack of fuel or diesel to operate the farm machines.

“The operation at the farm have been completely grounded by the ban on the circulation of petroleum on which the machinery on the farm has depended”, Asiwaju said.

Asiwaju recalled that President Muhammadu Buhari as military Head of State in 1984 took similar action (border closure) which at the end of it all turned out to be counterproductive.

Billionaire Couple Pledges $750m to a School in US