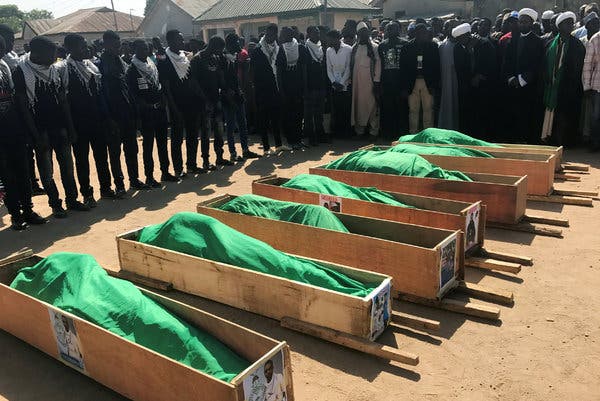 Tragedy struck in Ado-Ekiti, the Ekiti State capital on Wednesday when a 59-year-old unmarried woman, Victoria Yemisi Omo are, reportedly slumped and died while urinating.

The Nation gathered that the incident occurred at about 9:45 am at Ilokun area close to Abattoir, along the busy Ado-Iworoko road.

Narrating the incident, the driver of the vehicle, who was said by a lecturer in the Faculty of Agricultural Science, Ekiti State University, Mr Orimaye Oluwafemi, said the deceased who alighted from his vehicle died while urinating.

Oluwafemi said he was going to the campus to fetch some waterleaf in his farm and withdraw some money at the ATM when the woman and a student, both his neighbours, opted to follow him.

He said the incident happened close to the University gate when he stopped by the roadside to take a photograph of a tree plant he could use for his thesis and the woman seized the opportunity to answer the call of nature in a nearby bush.

He added that they waited for her return for about five minutes in his car before they found out that the woman had slumped and died.

According to him, the Akoko- born woman was a teacher at Adegbola Memorial High School, Akure in Ondo state and had been staying with his family in Ado Ekiti before coronavirus pandemic was confirmed in Ekiti, though he didn’t know any of her family members.

He disclosed that the unmarried woman just finished her PHD course and recently complained about abdominal pain a day after she completed a three -day fasting.

The Nation gathered that Omoare’s remains had been evacuated and deposited at the Ekiti State Teaching Hospital’s morgue for autopsy.

When contacted the Ekiti State Public Relation Officer, Sunday Abutu said such report had not reached his office as at press time

17 Cults Arrested By Police In Akwa-Ibom