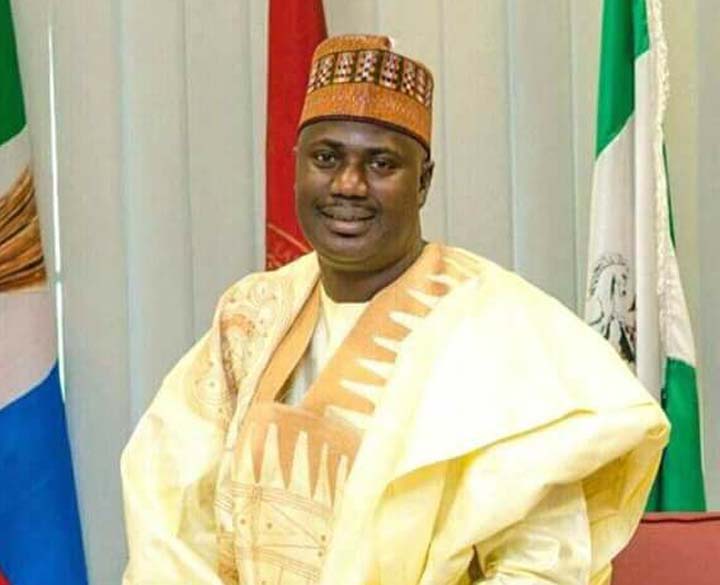 Someone says “The National Commission for the Prohibition of Hate Speech Bill is an attempt by those who have said the worst hateful speeches to mute and deny us the right of reply.”

In the 8th assembly, Senator Aliyu Abdullahi had introduced the bill for consideration and passage but could not scale through. The same Senator who is now the Deputy Chief Whip of the Senate is now reintroducing the same bill to the Senate for consideration.

One wonders, why is this bill so important to this Senator and his constituency that made it a top priority of things Senator Aliyu Abudulahi wants to achieve in his lifetime.

According to reports, Senator Aliyu Abudulahi was allegedly assaulted and stoned in Kontagora, the headquarters of Niger North Senatorial District where he represents in 2017.

It was reported that the Senator having called the executives for a meeting at the town hall in Kontagora, which would be the first time he was having such a meeting, since his election in 2015, could not give a satisfactory answer to why he wanted to meet, a year away from the 2019 general elections.

Those at the meeting asked him to give a list of projects he had done/ attracted to Kontagora since he was senator. He was also asked what financial support he had rendered to students of his constituency.

In response to these questions, the Senator in his defence said that the Buhari led administration had not given him any funding for constituency projects. It was said that his answer provoked members of the executives at the meeting and they became hostile, asking him how other elected members of the National Assembly got funding to execute projects and empower the youths in their constituency.

Save for his security details, it was said that the Executives couldn’t physically assault Senator Aliyu he, but he was chased out of the town hall, as his security team surrounded him and he was quickly taken away in a Peugeot 406 car, which was smashed by a hail of stones.

That was the humiliation Senator Aliyu Abdullahi Sabi suffered at the hands of his Kontagora constituents on November 3, 2017. The video of the assault went viral on the internet. However, that did not stop the senator from winning his re-election into the Senate where he is now pushing seriously for the bill to gag both the press and the citizen on free expression of their thoughts and views on national issues and about the leadership in the country.

The Senator is not joking with this bill. The Bill prescribes death penalty for anyone found guilty of spreading falsehood and the establishment of a National Commission for the Prohibition of Hate Speech to help investigate and prosecute offenders.

The bill is titled National Commission for the Prohibition of Hate Speech Bill and proposes that any person who uses, publishes, presents, produces, plays, provides, distributes and/or directs the performance of any material, written and or visual which is threatening, abusive or insulting or involves the use of threatening, abusive or insulting words or behaviour commits an offence if such person intends thereby to stir up ethnic hatred, or having regard to all the circumstances, ethnic hatred is likely to be stirred up against any person or person from such an ethnic group in Nigeria.

According to the bill, any person who commits this offence shall be liable to life imprisonment and where the act causes any loss of life, the person shall be punished with death by hanging.

On Ethnic Discrimination, the bill says a person is guilty of ethnic harassment if he justifiably engages in conduct which has the purpose or effect of violating that other person’s dignity or creating an intimidating, hostile, degrading, humiliating, or offensive environment for the person subjected to the harassment.

A person who subjects another to harassment on the basis of ethnicity commits an offence and shall be liable on conviction to imprisonment for a term not less than ten years, or to a fine of not less than N10 million, or to both.

The bill stipulates that any person who knowingly utters words to incite feelings of contempt, hatred, hostility, violence or discrimination against any person, group or community on the basis of ethnicity or race, commits an offence.

The Senator also seeks the establishment of a corporate body known as the Independent National Commission for the Prohibition of Hate Speech. The commission will be capable of suing and being sued.

According To him, the commission shall promote a harmonious peaceful co-existence within the people of all ethnic groups indigenous to Nigeria by ensuring the elimination of all forms of hate speeches in Nigeria and to advise the Government of the Federal Republic of Nigeria on all aspects thereof.

The bill also recommends that the commission shall have power to summon witnesses and call for the production of books, plans and other documents and to examine witnesses and parties on oath.

The bill allows for aggrieved persons to complain to the commission by lodging a written complaint to it by hand, facsimile or other electronic transmission or post, setting out the alleged contravention.

The bill further states that if the commission becomes aware of circumstance(s) where a contravention of the provision(s) of the Act may have occurred (other than an alleged contravention that is the subject of proceedings before the Commission), the commission may initiate investigation.

The Federal High Court shall have and exercise exclusive jurisdiction to try all offences under the Act.

That is the content of the inordinate ambition of Senator Aliyu Abdullahi Sabi in the 9th and God will not help him. Everyone deserves the right of reply; you will surely have your reply and more. You can’t gag us and you can’t hang us, well, not all of us.