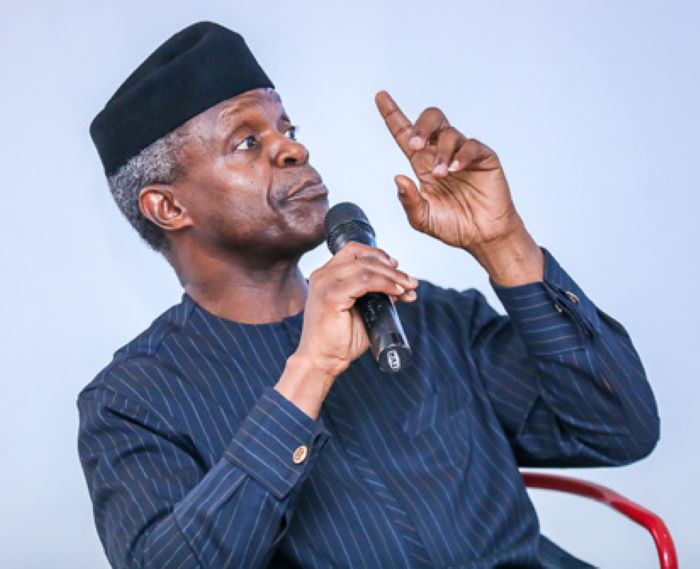 Vice President Yemi Osinbajo would join the 2023 presidential race and declare his aspiration immediately after the All Progressives Congress (APC) national convention, Naija News has learned.

This platform reports that the APC convention is slated for Saturday, February 26 and will produce the National Working Committee of the party and the presidential candidate of the party ahead of the 2023 general elections.

It was learned that Osinbajo will declare his presidential ambition after he made up his mind to join the presidential race that has the likes of Asiwaju Bola Ahmed Tinubu, Senator Orji Uzor Kalu, Senator Rochas Okorocha and Governor Dave Umahi of Ebonyi State.

A source close to Osinbajo’s camp stated that the vice president decided to announce his presidential bid following a high-level discussion with President Muhammadu Buhari and some party stakeholders.

The source added that Osinbajo had received the blessing and support from his spiritual father and General Overseer of the Redeemed Christian Church of God (RCCG), Pastor Enoch Adeboye.

The source said, “Take it to the bank, he will run and he is declaring soon after the APC convention. All is set, including premium consultations already done. The coast is clear and the journey is looking good. I believe prof is also motivated by the increasing level of support from across the country, especially, the youths of this country.

“From the north to the south, tell me where he has visited recently and the charge has not been that he should contest? He has capacity, competence and knows what the issues are. Importantly, he can also sell them – I mean the issues. So, why will he not run? Why should the bitterness and envy of some minions stifle him?”

According to the source, Osinbajo is not bothered about the growing allegation of betrayal and the push for him to stand down his ambition for his former principal and APC national leader, Tinubu.

The source said the vice president has said the attacks against him are the real motivation to contest the 2023 presidency and become the next presidency.

source added, “In fact, none of such bothers him. But he has done one thing though, he has called his supporters and pleaded with them never to talk down on Tinubu or engage in a mud fight with his support groups, even in the face of obvious provocation.”

As of the time of filing this report, Osinbajo has kept mute about his presidential aspiration, despite the growing support for him to succeed his principal, President Buhari.